I love to preserve garden-fresh veggies with methods like these oil packed sun dried tomatoes. If you’re looking for a quick, easy and satisfying meal to make with them, try this easy sun dried tomato pesto.

How to Make Sun Dried Tomatoes Using an Oven 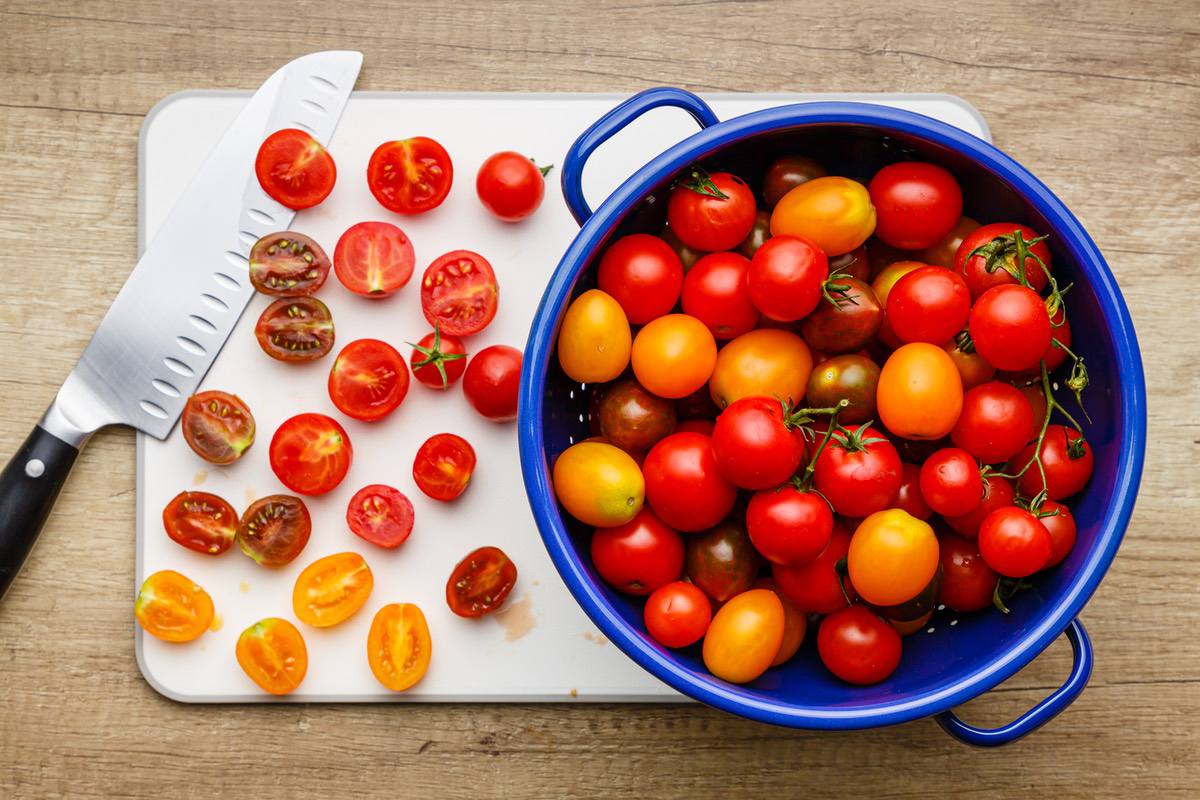 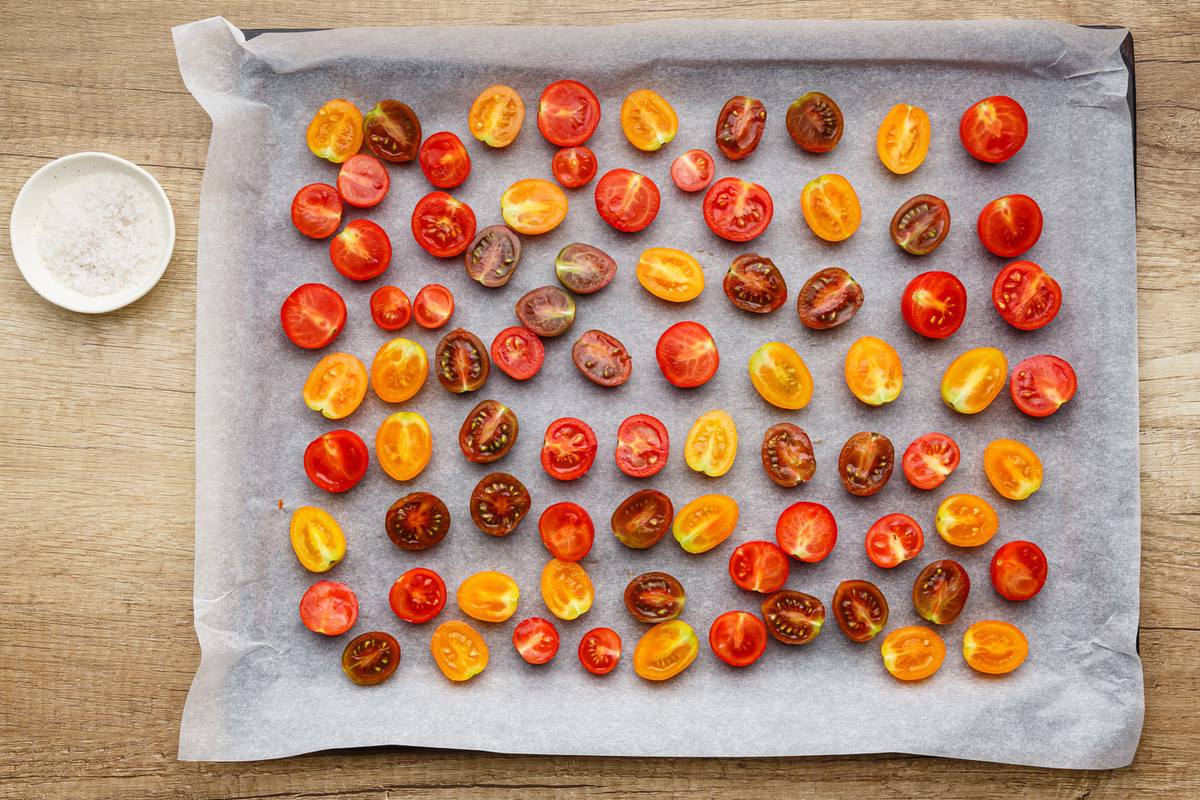 Can I Use Other Types of Tomatoes to Make this Recipe?

I love using cherry tomatoes when making sun dried tomatoes because I find that they’re the tastiest option. I’ve used a few other tomato varieties before for making them, and they ended up being quite tasty as well.

Here are a few other great options you can use to make homemade sun dried tomatoes. 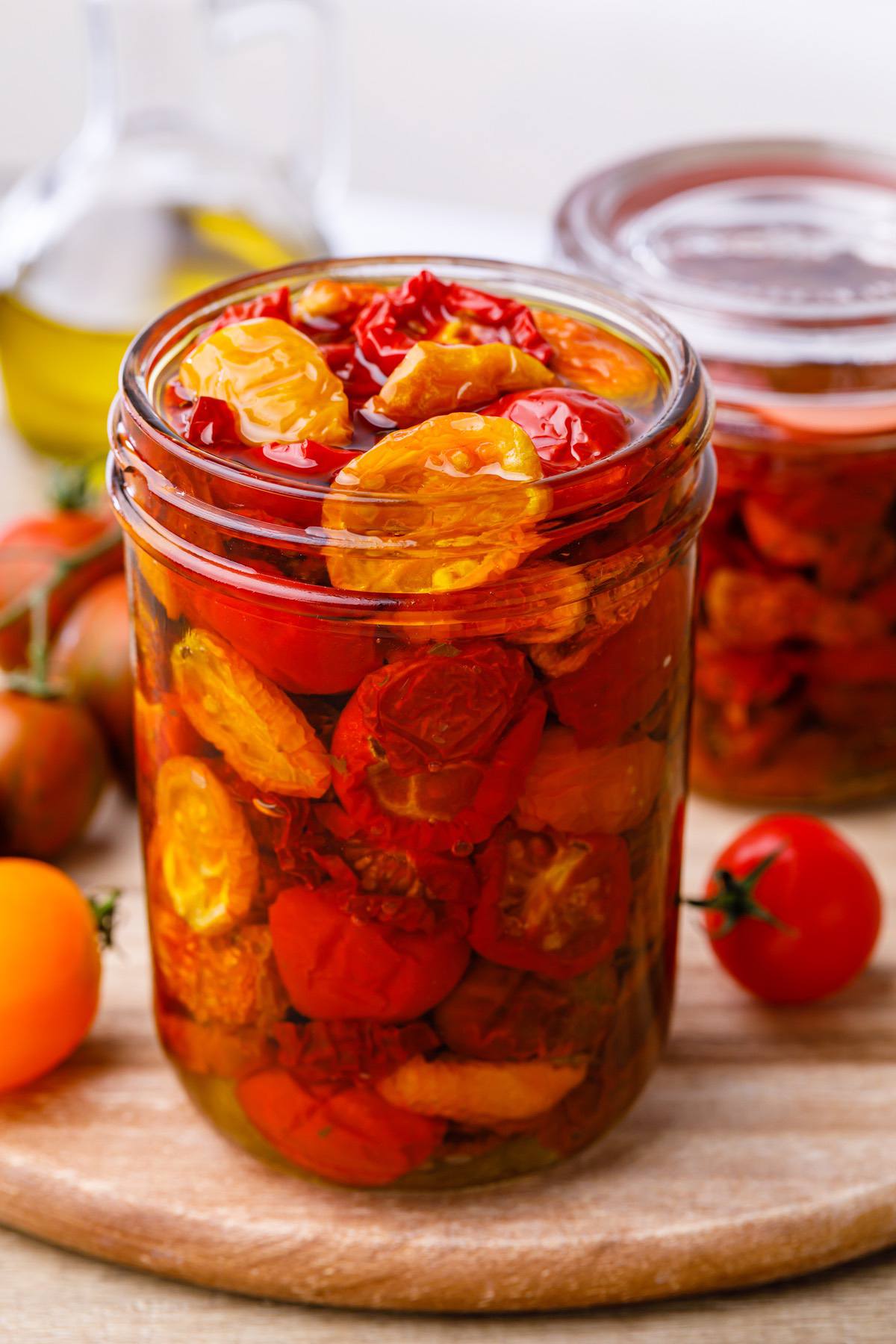 How Do Sun Dried Tomatoes Taste? How Do They Compare to Raw Tomatoes?

If you’ve never tried sun dried tomatoes before then you’re really in for a treat! Sun dried tomatoes have a deliciously chewy texture with a hint of salt. It can be tart or sweet depending on the type of tomatoes you used.

The flavor is much more intense than raw tomatoes as well.

If properly stored, you can expect homemade sun dried tomatoes to last for about six to nine months. We’ll talk about the best way to store them in order for them to last that long in just a few moments.

When compared to raw tomatoes, they obviously last for a significantly longer amount of time. Most fresh tomatoes only last for about a week or so before they begin to spoil. 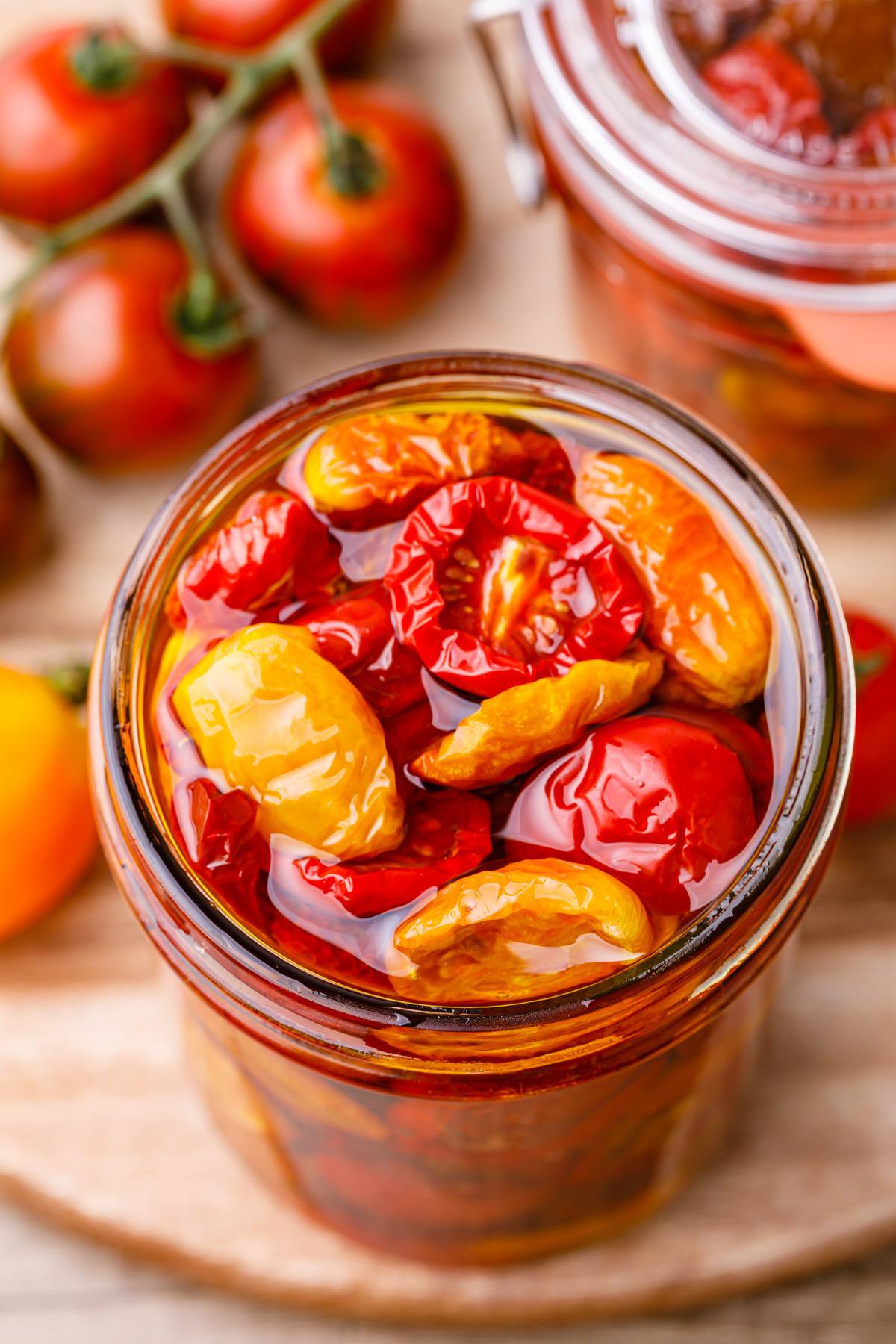 Simply transfer your tomatoes into a jar and cover them with extra virgin olive oil. Store the tomatoes in the fridge when packed in oil like this. Oil packed sun dried tomatoes are actually fantastic when used to make salads, so they’re versatile as well. 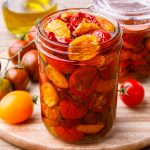