Lavender macarons were unfamiliar territory for me because I didn’t experiment much with floral notes, but when I discovered how absolutely amazing they are with honey buttercream, I’ve been obsessed with these lavender macarons ever since! They’re gorgeous when decorated, too! Table toppers for brunch, anyone? 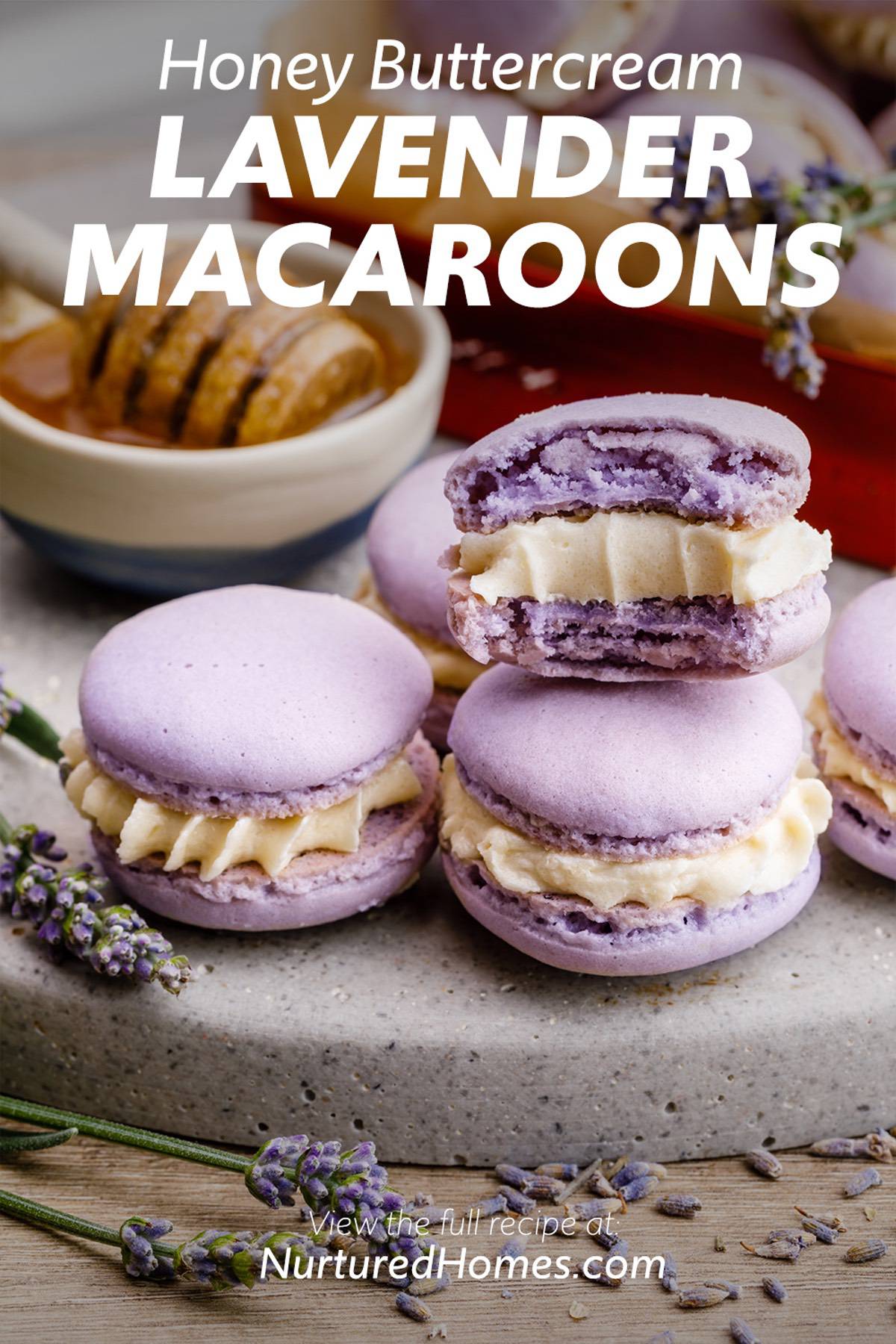 These are almost too pretty to eat, but they taste even better. The combination of flavors in this recipe is all thanks to the delicate balance of sweetness in the macarons combined with the honey buttercream. The macaroons in and of itself are pretty healthy and tasty on their own. They’re made with almond flour, egg whites, cream of tartar, sugar, and a bit of food coloring to give it that beautiful lavender color. 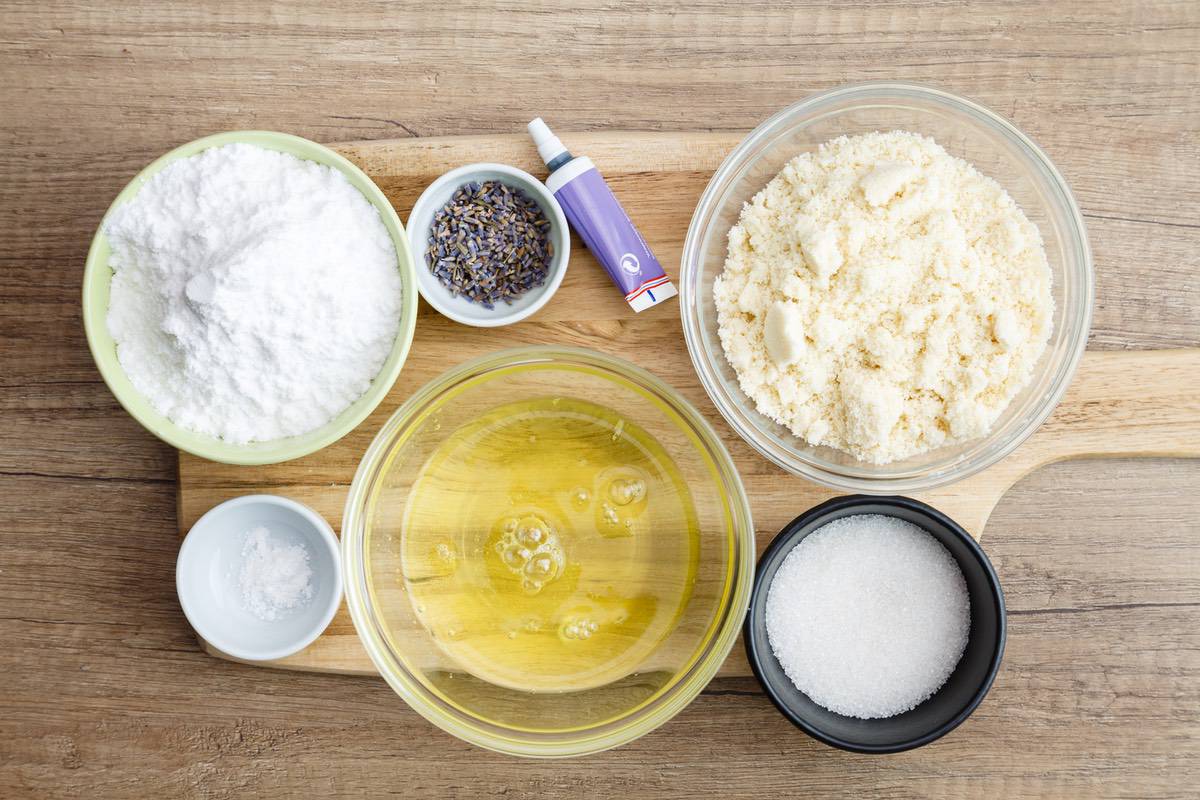 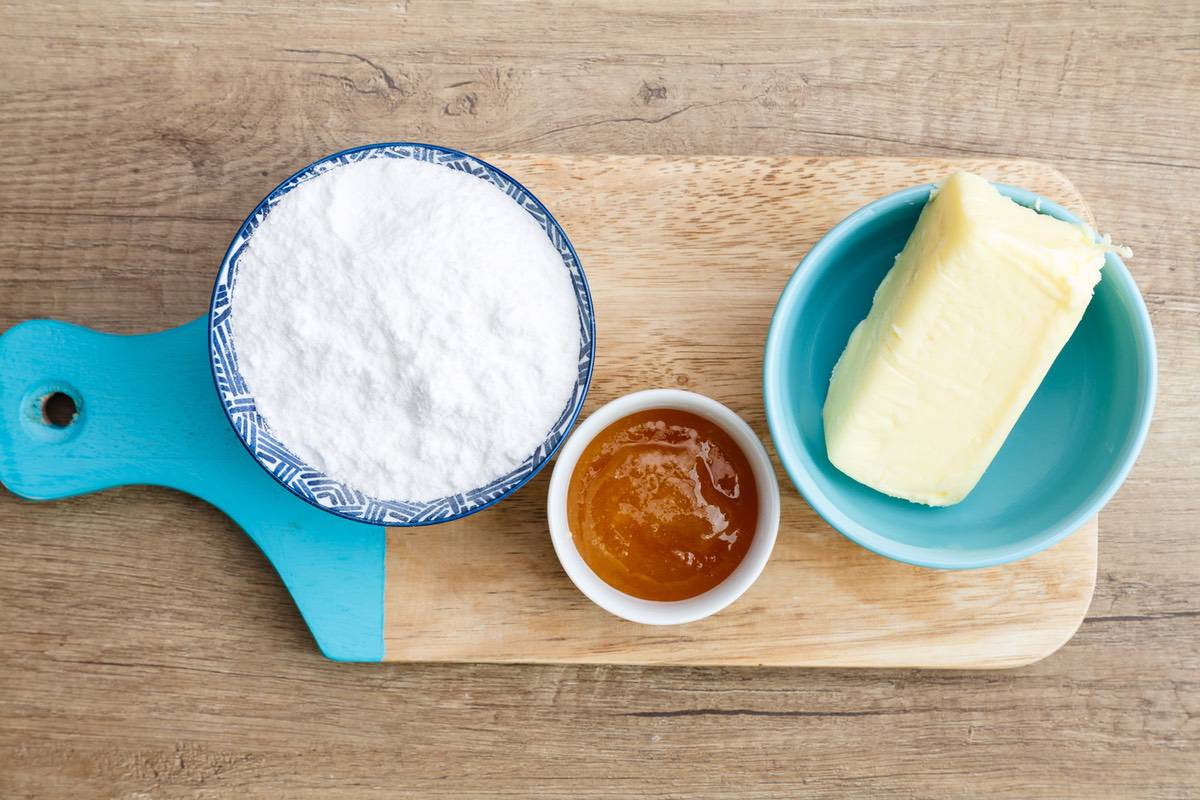 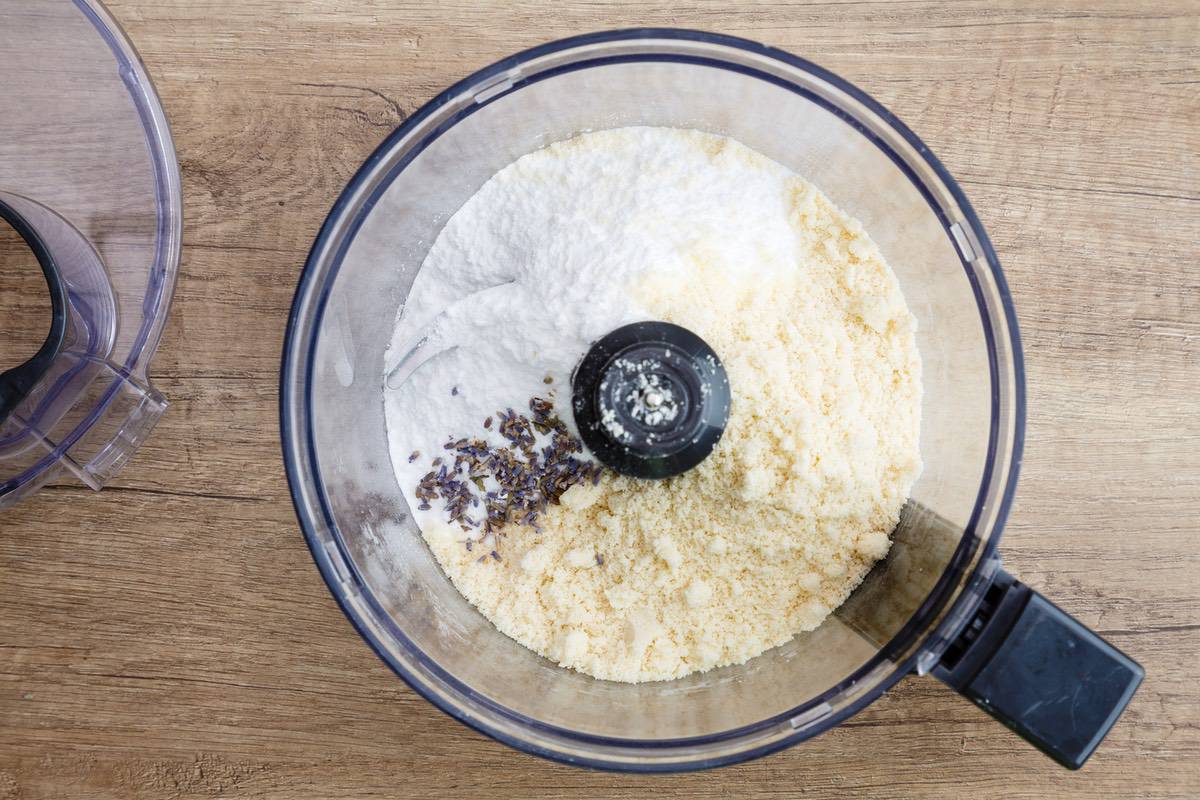 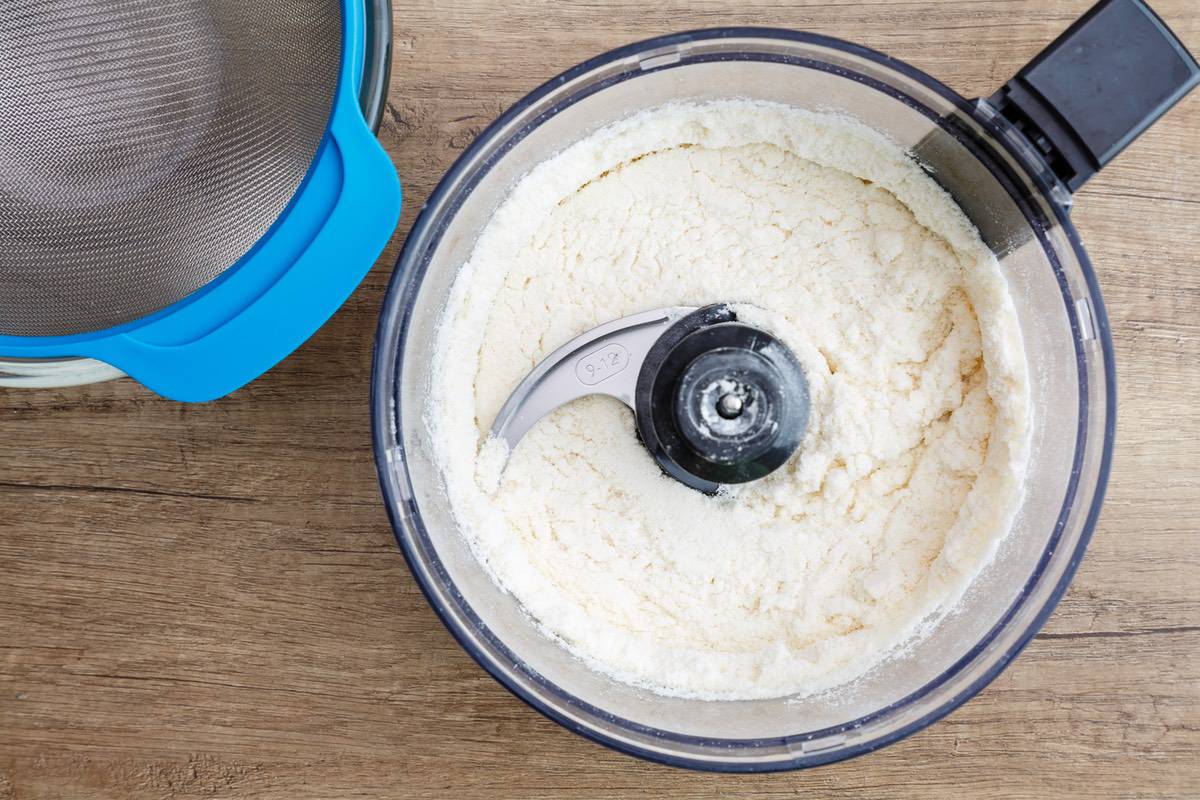 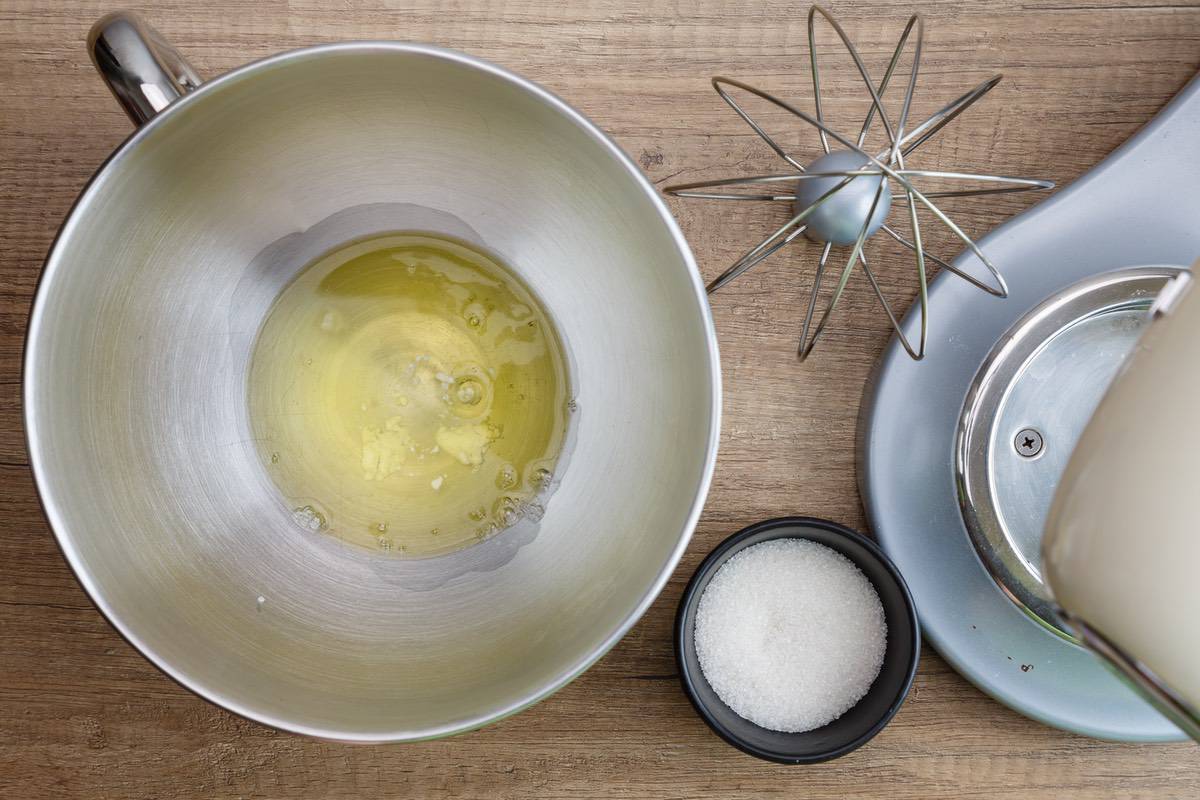 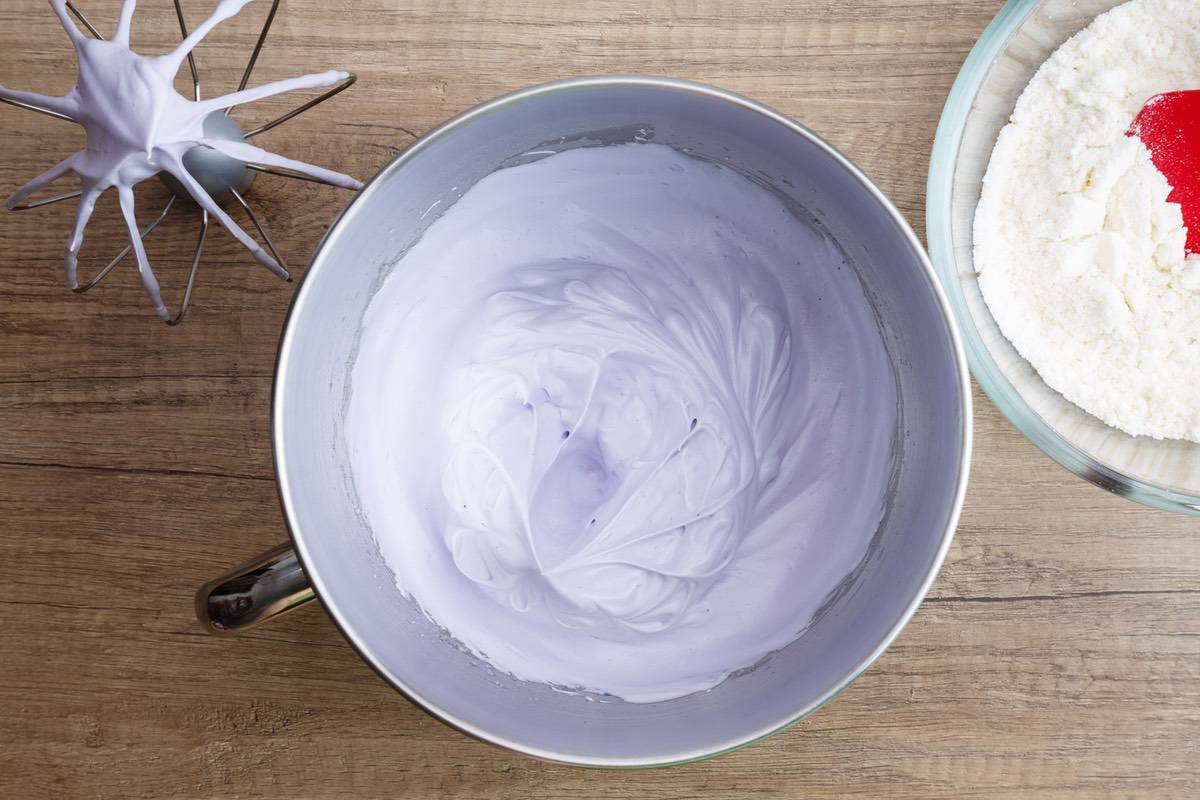 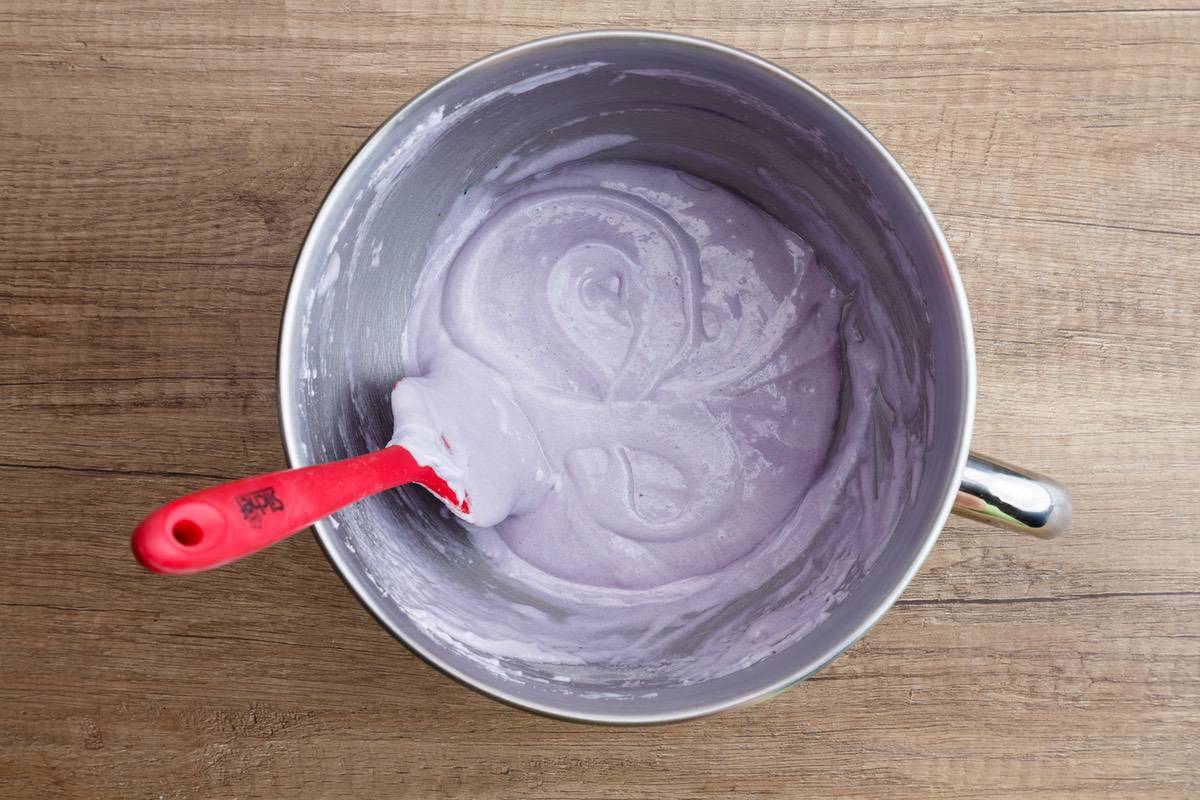 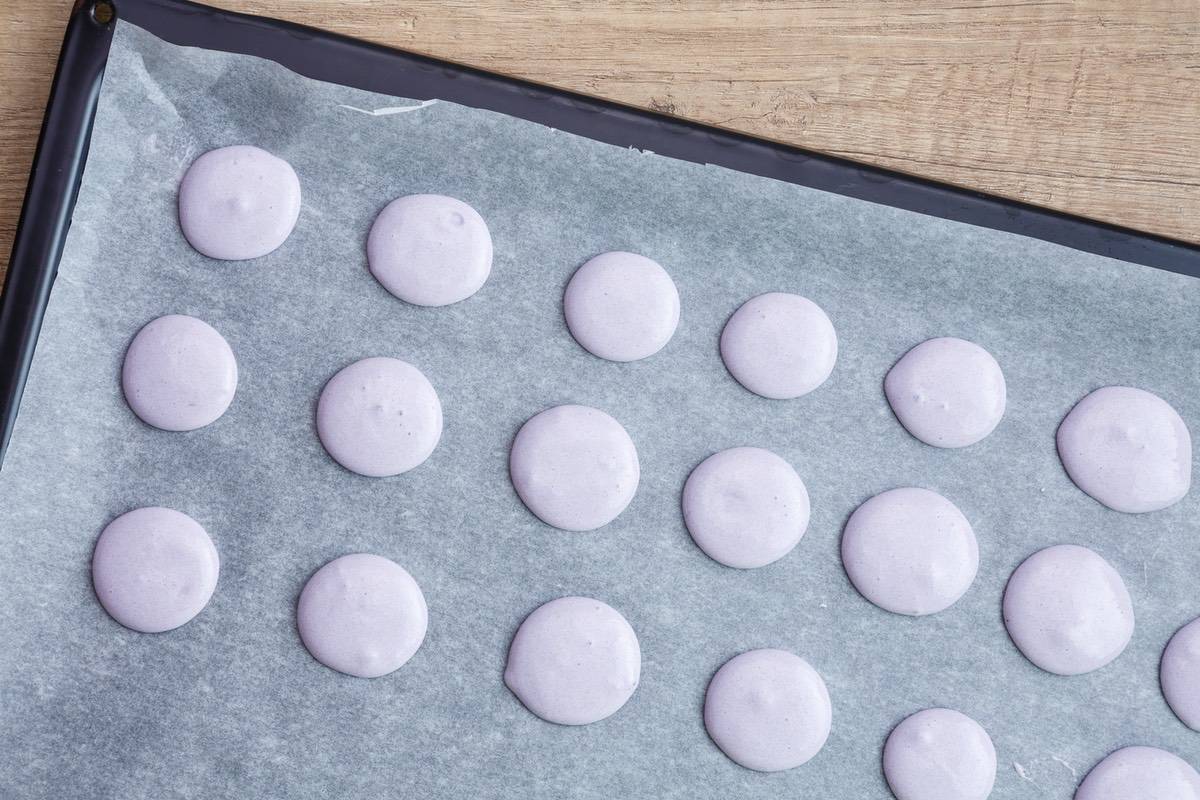 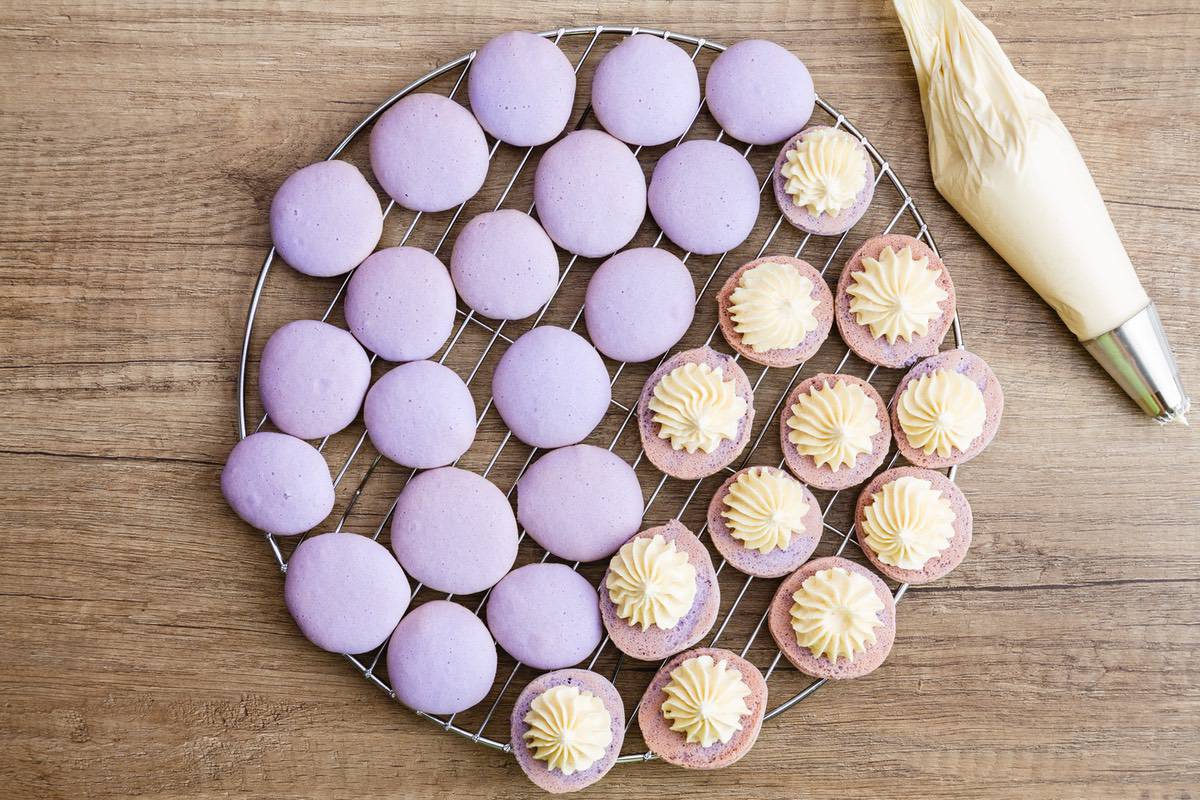 The buttercream is something you could easily pair with other recipes, too. It’s made with butter, sugar, and some honey. I love the addition of honey in this recipe because it adds a hint of flavor and color that you wouldn’t get with just powdered sugar. 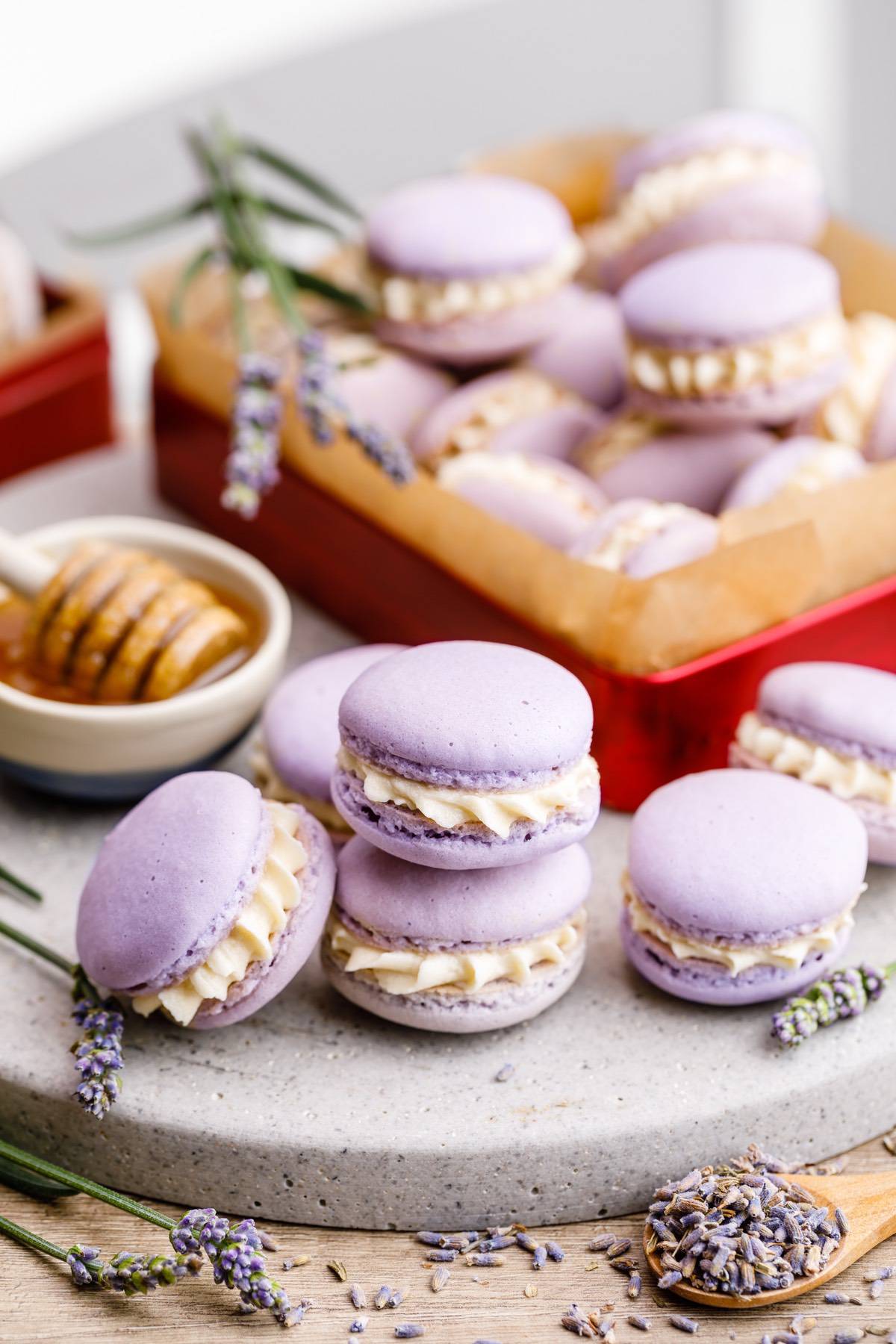 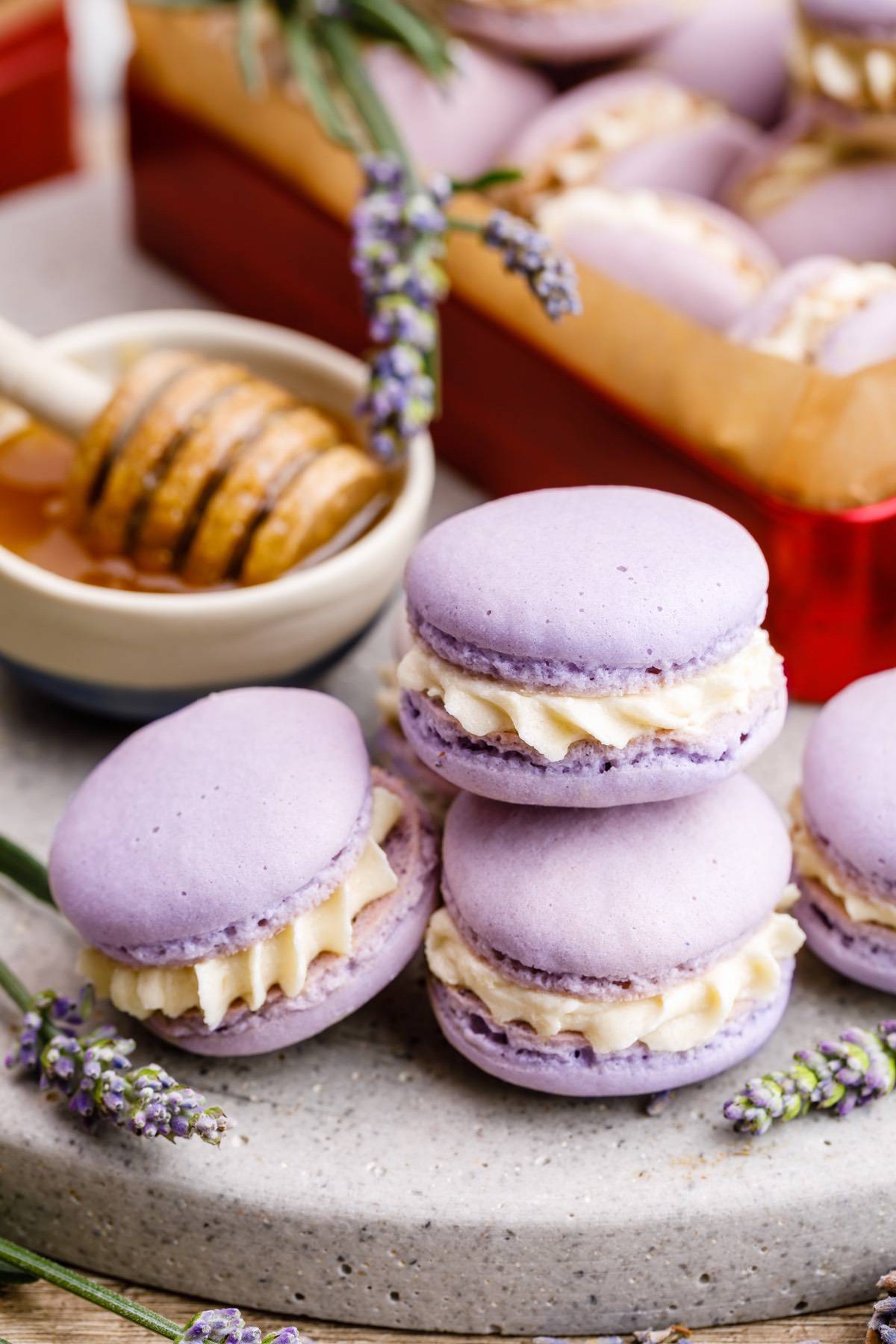 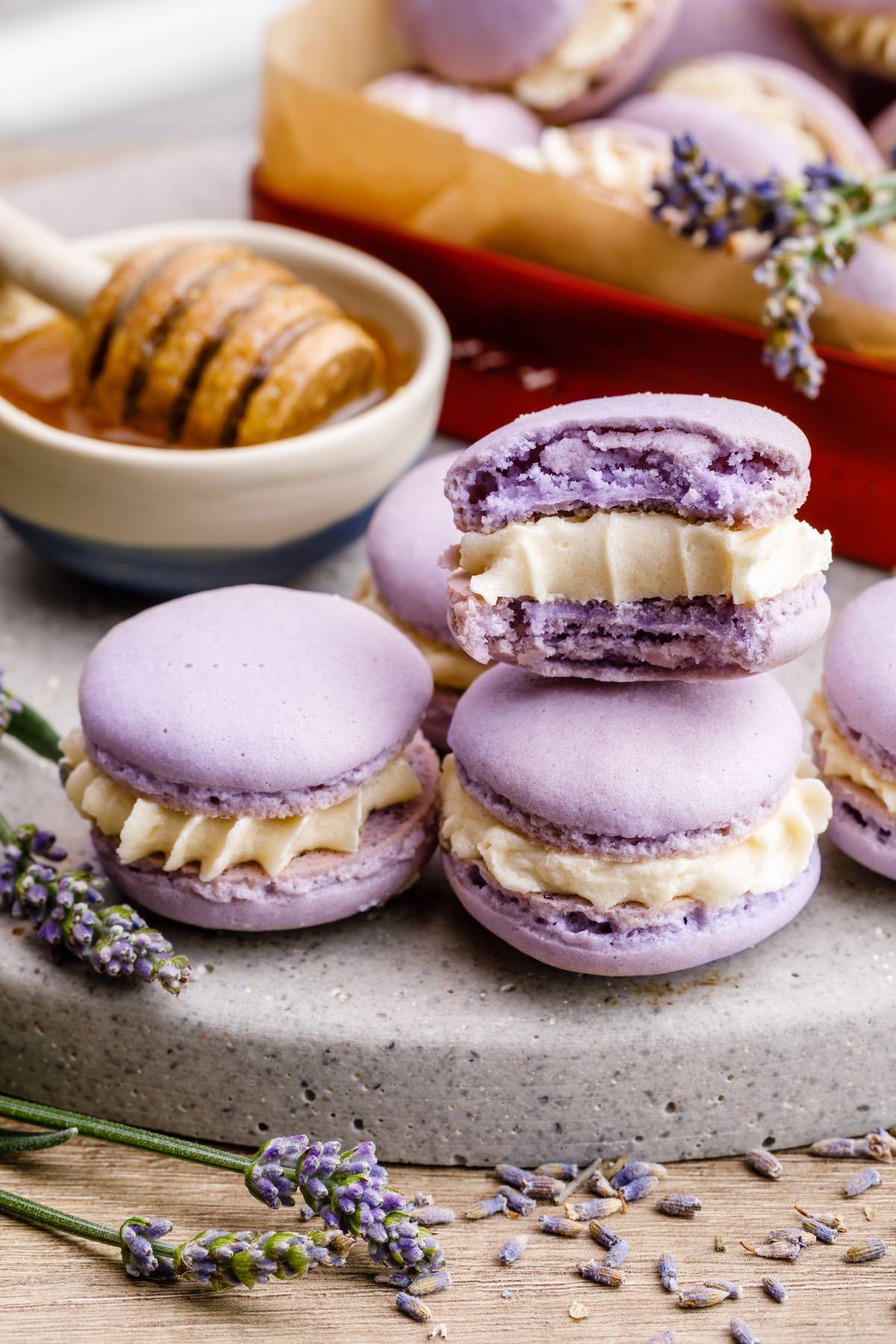 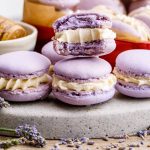 For the honey buttercream: