Waking up to a fresh cup of coffee is somewhat of a tradition in my home. I prefer a strong brew, so you’ll rarely see me turn down an espresso or two, especially at the beginning of a long work day. Recently though, I’ve developed a taste for flavored lattes, and this recipe for making a lavender latte (with homemade lavender simple syrup!) has been on repeat almost every day. 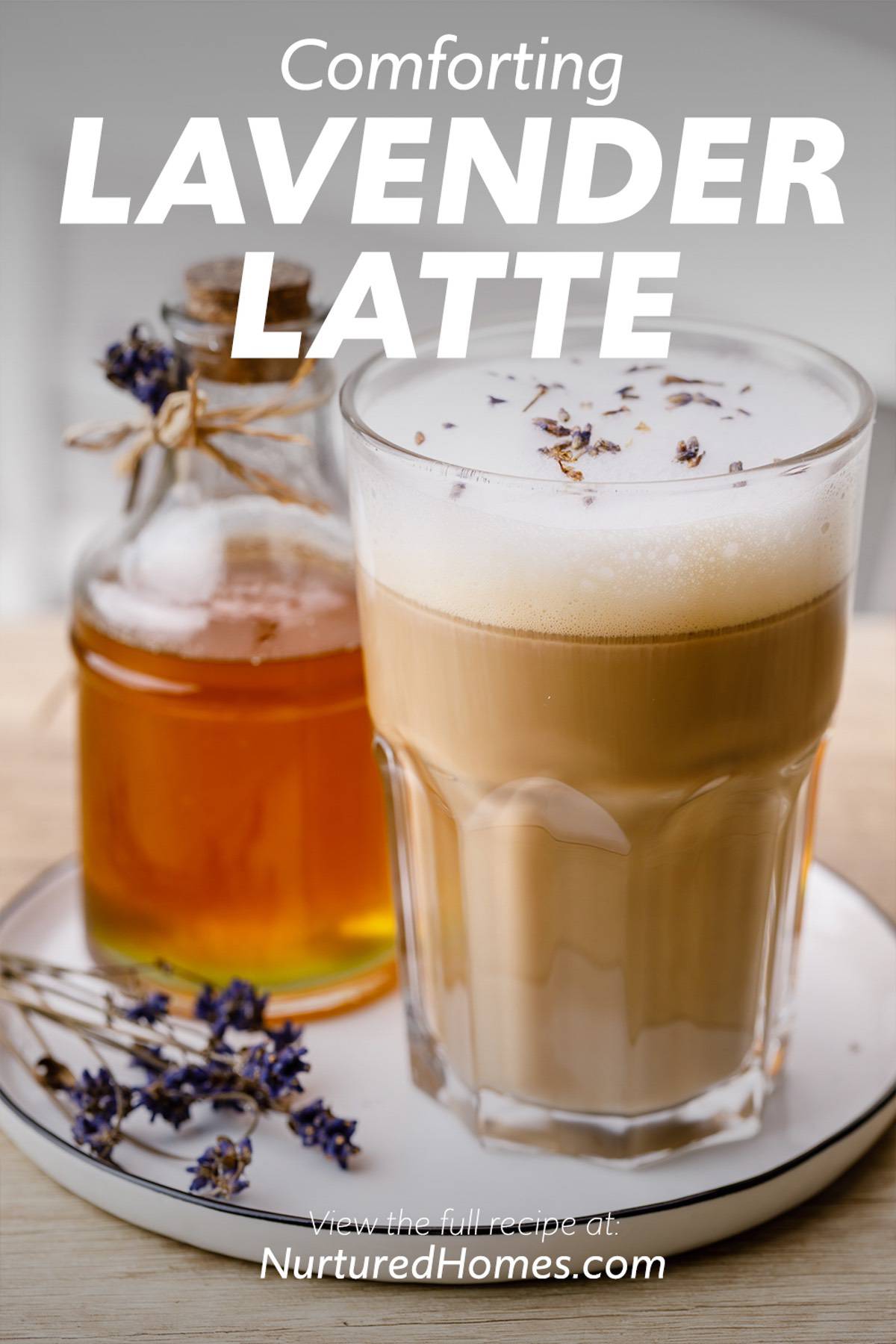 The combination of coffee and lavender may sound a little unusual to some, and even for me, it took a little getting used to the idea. Once I tasted it though, I was absolutely hooked. The lavender flavor is actually pretty mild, so don’t expect floral notes to resonate all throughout your cup. It adds just a hint of flavor that I think all coffee lovers would be able to appreciate, especially when paired with certain types of coffee beans.

Before getting into the coffee beans though, let’s get into what makes this lavender latte recipe so flavorful. A latte is typically made with a shot of espresso and steamed milk. Compared to a cappuccino which has a stronger coffee flavor, a latte contains more milk, so the coffee flavor is less pronounced. For this recipe, we’ll be using about 6 ounces of strong coffee instead of espresso. The reason being, not everyone has an espresso machine at home, so the recipe calls for regular brewed coffee instead. 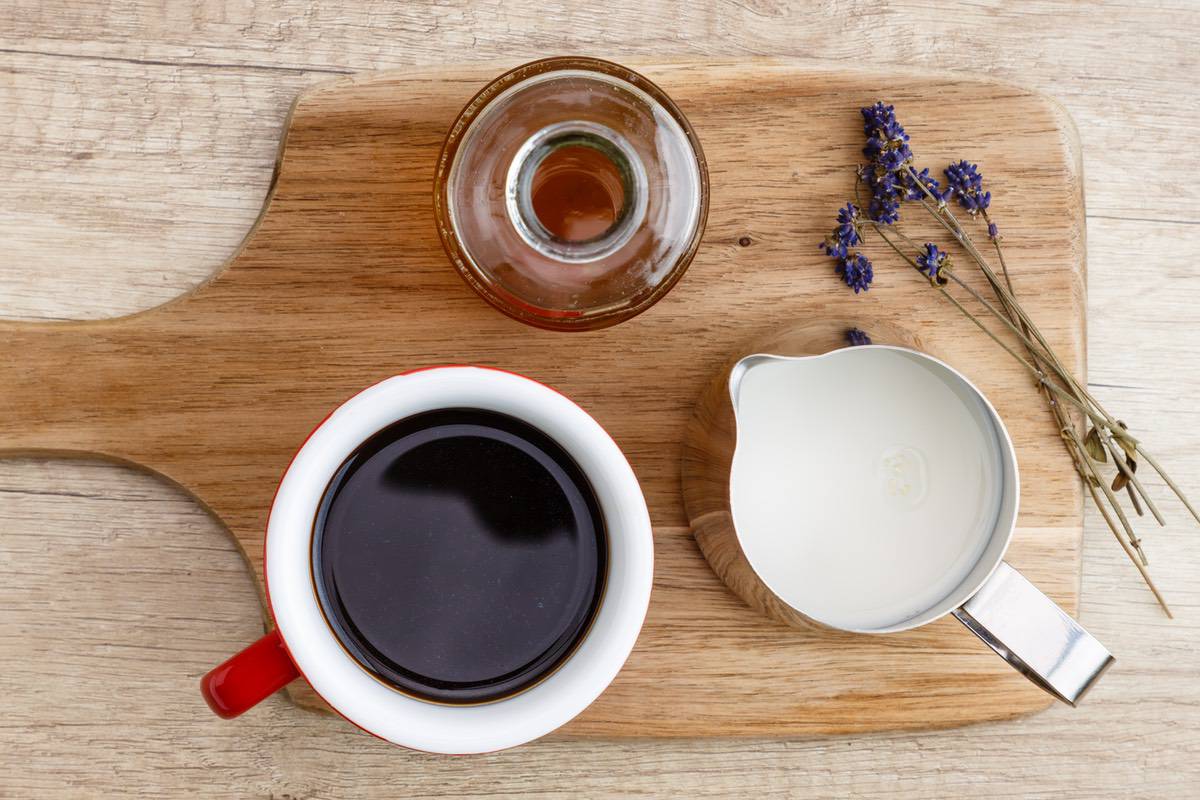 Our Version of ‘Milky Coffee’ with a Lavender Twist

Coffee is widely consumed all over the world for its taste, aroma, and of course, its stimulating effect. It contains hundreds of compounds and has been studied extensively, with evidence pointing to many health benefits such as reduced risk of diabetes and stroke. When consumed in moderation, coffee has been shown to help prevent several chronic diseases such as liver disease and diabetes. (1)

Since lattes are considered ‘milky coffees,’ this recipe wouldn’t be complete without some form of milk. You could use dairy milk if you wish, but I prefer using almond milk for all my lattes. Aside from the delicious nutty flavor the almond milk provides, I find that it froths up quite well thanks to its higher fat content. In fact, coffee aficionados find it comparable to dairy milk, so it has become more popular in cafes for those who follow a plant-based diet. Aside from frothing potential, almond milk offers many health benefits such as improved memory retention, reduce bad cholesterol, and improve blood lipid profiles. (2, 3) 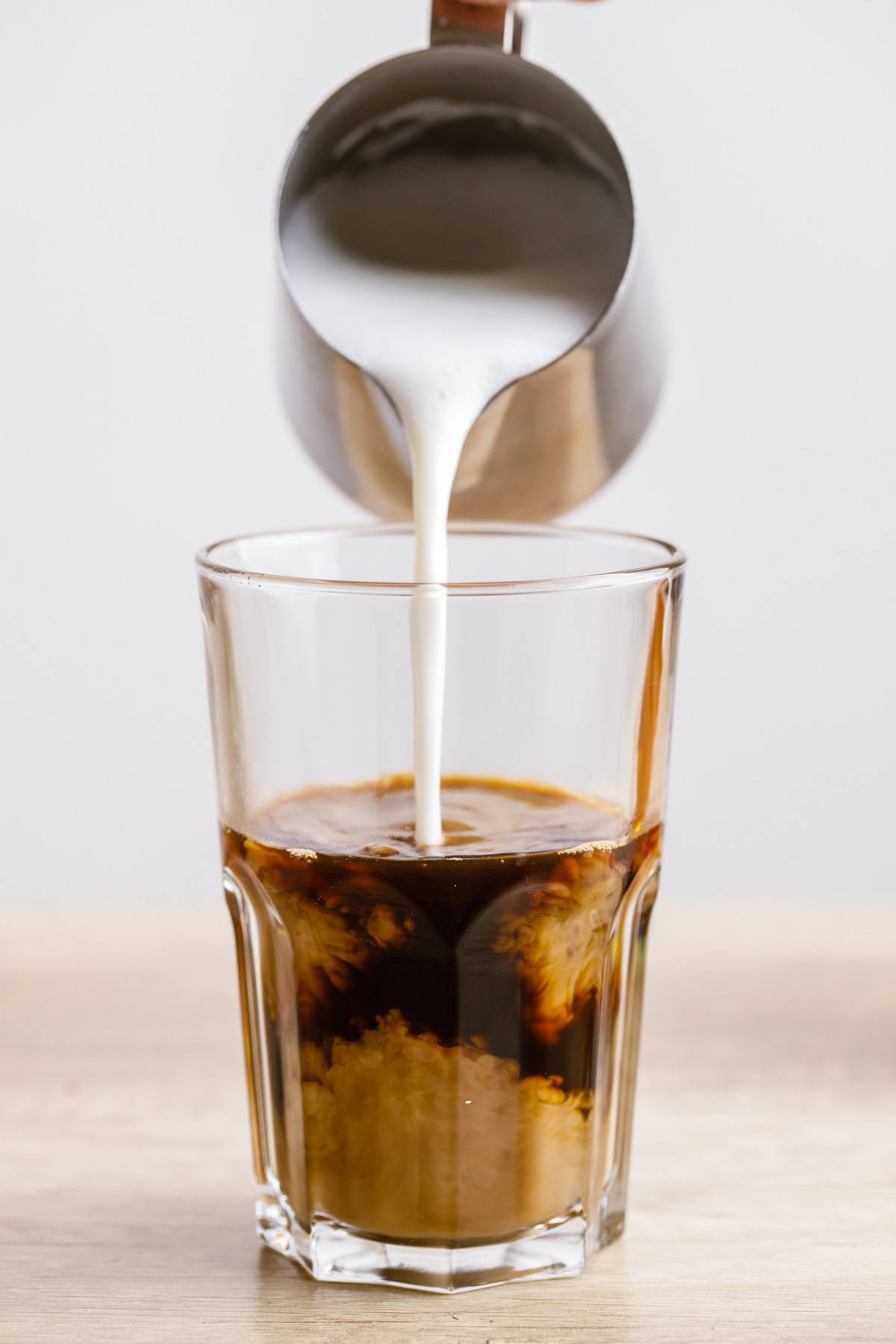 4) It has also been shown to help prevent the onset of cardiometabolic diseases. (5)

Lavender is purported to have a wide range of properties and uses, from treating burns to inducing relaxation. However, there is growing evidence that shows how lavender oil may be an effective form of treatment for some neurological disorders. Both animal and human studies have reinforced the analgesic, sedative, mood stabilizing and anxiolytic effects of lavender, so it makes sense why it is such a popular ingredient for anti-stress/calming recipes. (6)

How to Make Lavender Simple Syrup

This guide by The Spruce Eats is an excellent resource if you want to make your own lavender simple syrup at home. Simple syrup is just another name for sugar syrup, so don’t be intimidated by this at all! It’s actually so easy and requires just 3 ingredients–water, fresh or dried lavender and sugar.

Putting It All Together 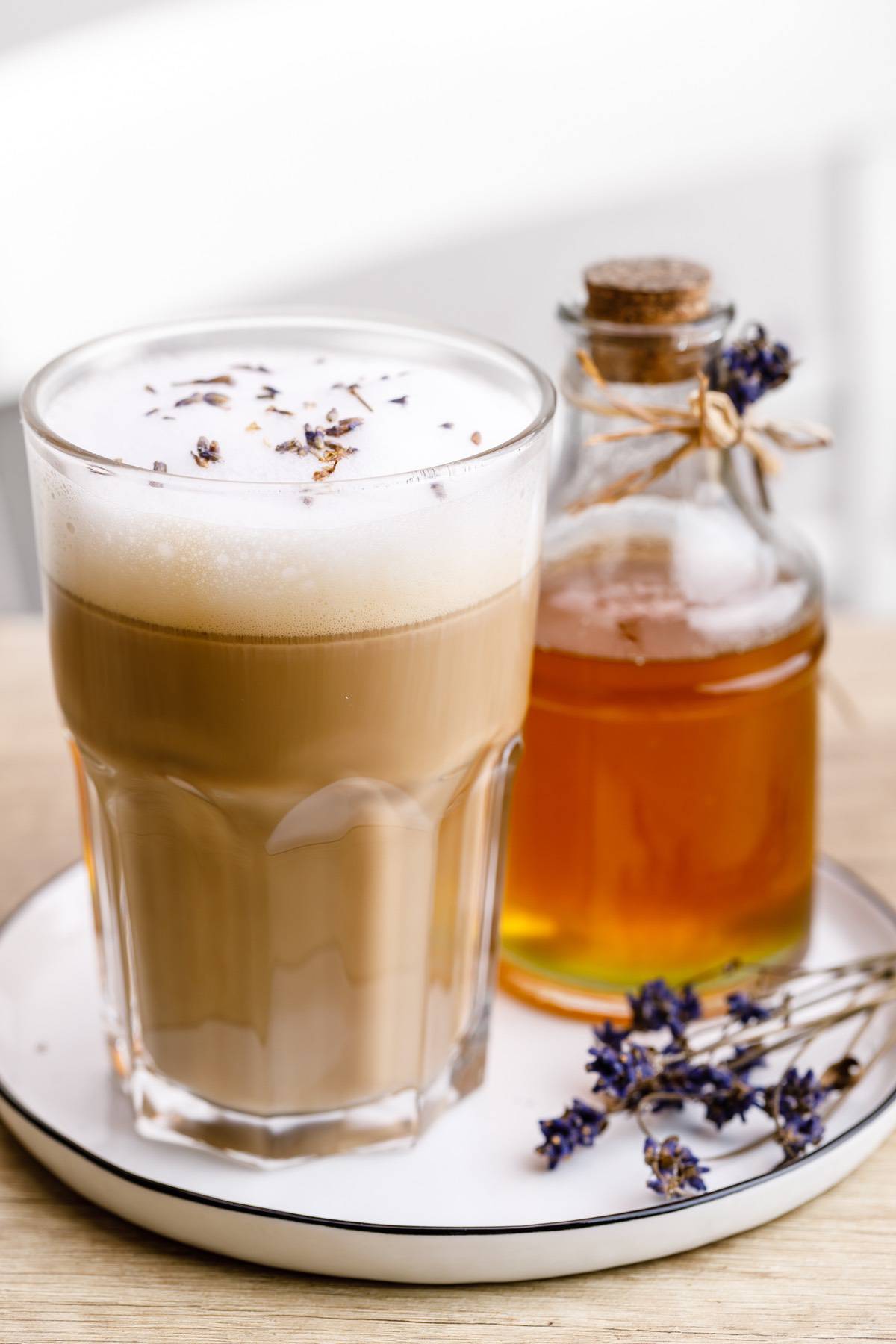 If this is your first time making homemade lattes and lavender in general, don’t worry. We’ve put together a list of commonly asked questions we get regarding this specific recipe. Feel free to ask any other questions you may have in the comments section, too.

Is It Safe to Drink This Lavender Latte Everyday?

If you like this recipe as much as I do, don’t worry–I have good news for you. You can, indeed, drink this lavender latte everyday. Studies show that adults can consume up to 3-4 cups of coffee without health risks. (7) While I would not recommend drinking 3-4 cups a day just to err on the safe side, one cup a day should be perfectly fine. 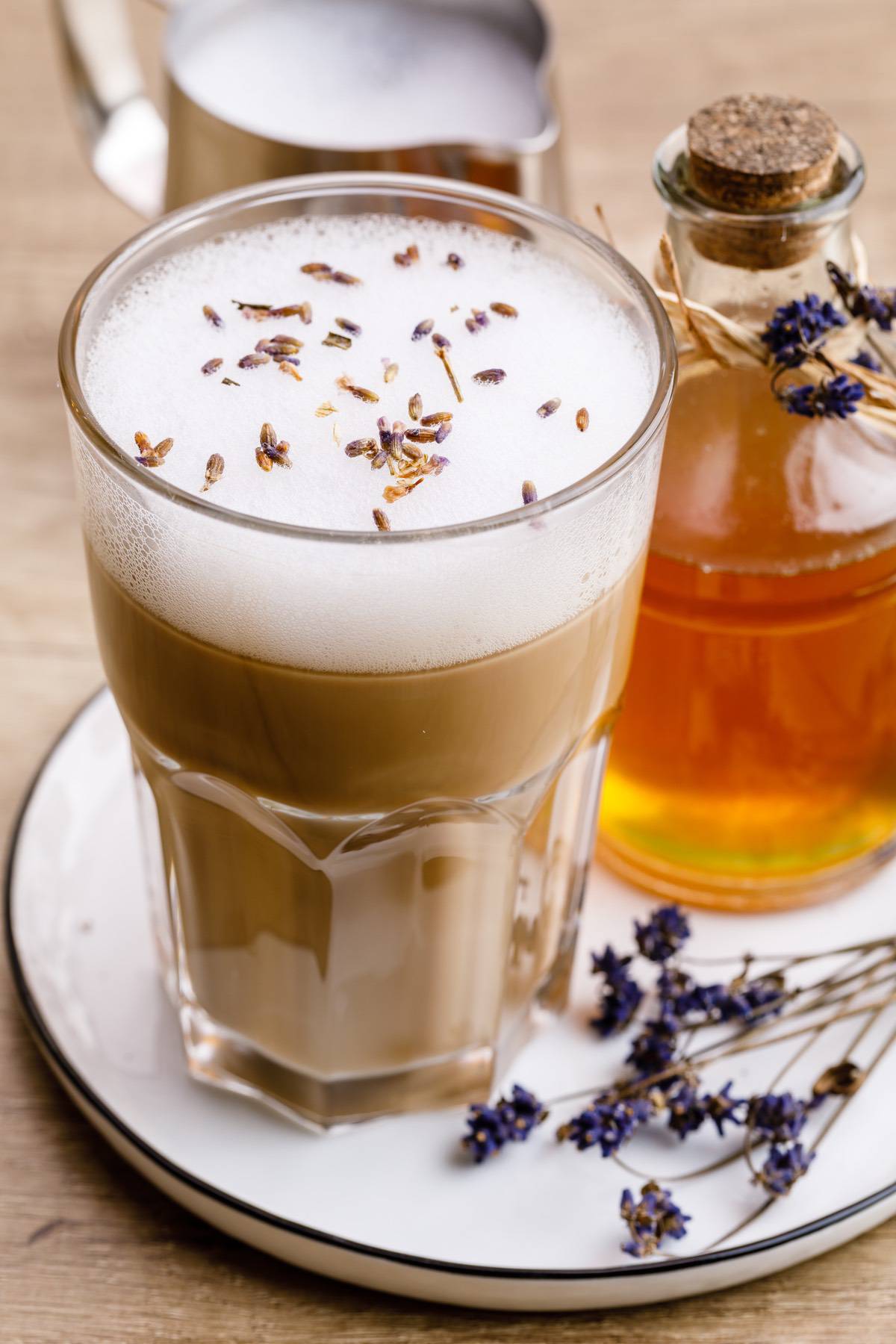 Of course, if you’re at risk for any cardiovascular diseases, please seek advice from a medical professional to know what is recommended for you.

I Don’t Have a Milk Frother. What Can I Use Instead?

This recipe calls for either steamed almond milk or frothed almond milk. If you don’t have a milk frother at home, you’re in luck because there are a handful of ways to froth your milk:

As you can see, if there’s a will, there’s a way. You can experiment with different methods to create various textures in your milk.

Can I Add an Espresso Shot Instead of 6 Oz of Coffee?

(You may also like: 2-Ingredient Lavender Simple Syrup for Lemonade, Cocktails and Coffee) 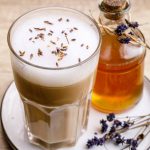 Comforting and Cozy Homemade Lavender Latte (Recipe for the Soul)