I’m a huge fan of having tea before bedtime as away to help relax and calm my mind. I work long hours, so stress is pretty much a mainstay in my life. One thing that helps a lot especially when I’m feeling particularly rundown is chamomile lavender tea. 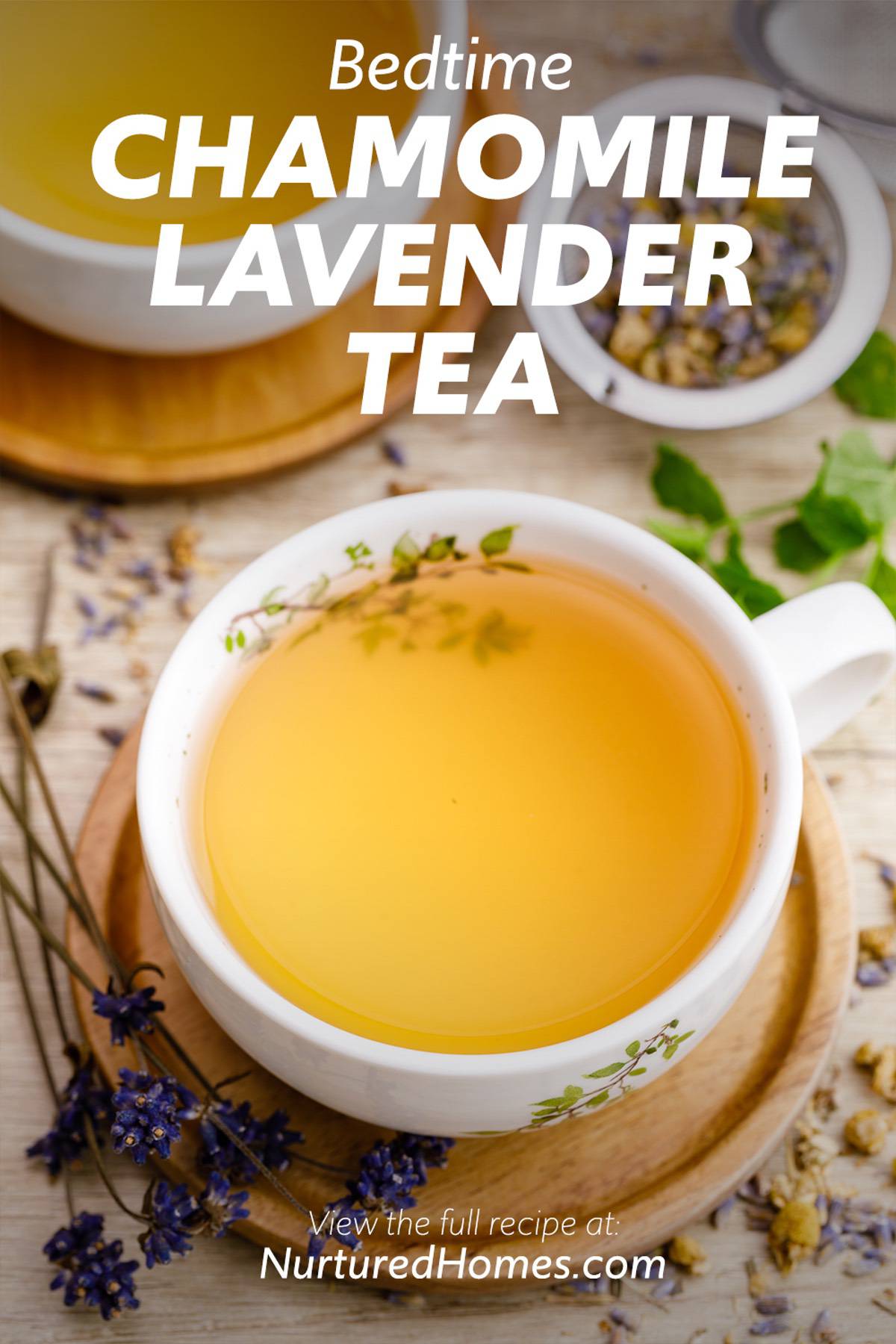 According to the National Institute of Health, about 30% of the general population suffer from symptoms related to insomnia. Poor sleep or lack of sleep has been proven by studies to have a negative impact on cognitive functioning and physical performance. As a result, people are constantly finding new ways to get better sleep and fall asleep faster.

Compared to traditional sleep aids, herbal teas offer similar benefits without some of the potential side effects.

Chamomile is one of the most potent natural medicinal herbs for insomnia. In one study, participants who were given chamomile extract fell asleep faster than participants who were given a placebo. (1) Aside from sleep related benefits, chamomile is also good for gastrointestinal health, reducing inflammation, helping prevent osteoporosis, and shrinking certain cancer cells. (2)

It’s often said that a healthy gut translates to better health overall. If you suffer from common gastrointestinal ailments such as gas, spasms, indigestion, ulcers, etc., chamomile is an option you may want to look into.

Chamomile contains oils such as alpha-bisabolol oxides A & B, alpha-bisabolol, and matricin. These oils possess anti-inflammatory properties, making them a fantastic natural remedy for inflammation. Chamomile also has selective estrogen receptor modulators (SERM), which may help prevent bone loss.

If you’re interested in other chamomile tea recipes, check these out: 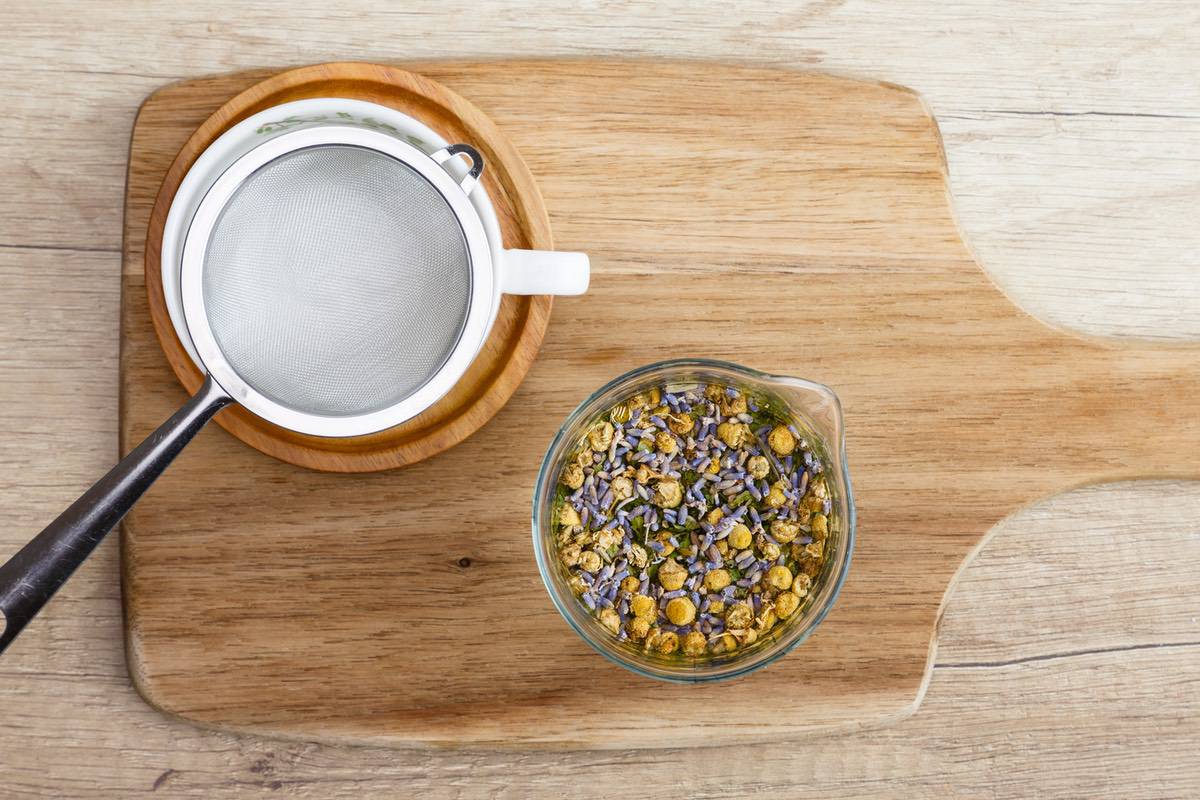 Like chamomile, lavender is a popular herbal remedy for insomnia and sleep disorders. Its main constituents, linalool and linalyl acetate, were found to be effective in facilitating the onset of sleep. Lavender has also been proven to be a central relaxant and have sedative effects. (2)

In early folk medicine, putting lavender flowers in a pillow was considered an effective medicine for inducing relaxation and drowsiness. 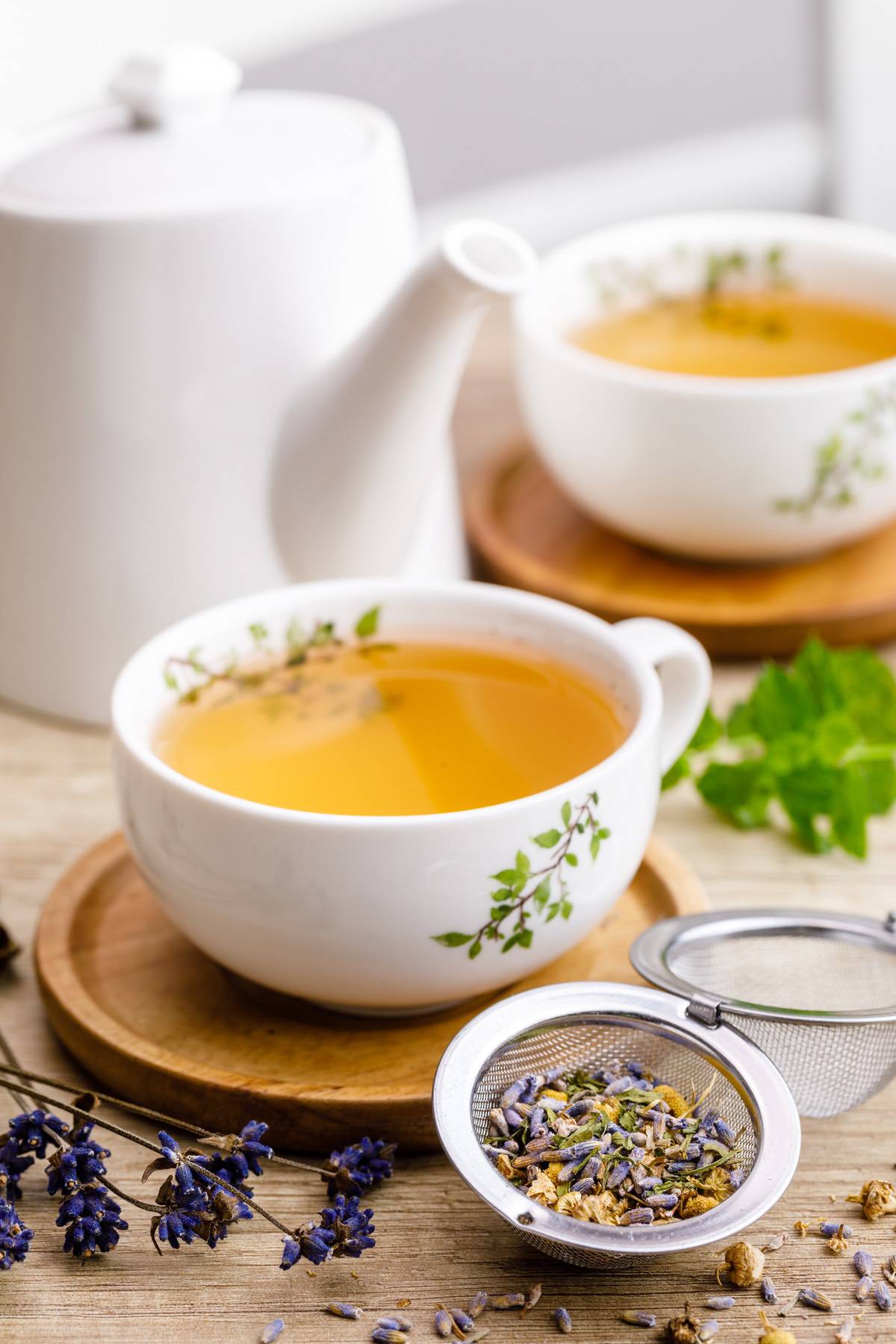 Aside from promoting sleep onset and sleep quality, lavender is also hailed for its anti-anxiety and antidepressant effects. Since insomnia can be a symptom of anxiety and depression, it makes sense to pair lavender with chamomile as an overall remedy for stress, and even for those who suffer from anxiety.

If you’re interested in other lavender tea recipes, check these out:

One of the most popular herbs for making herbal teas or tisanes is mint. Mint has antiviral and antimicrobial activities, along with strong antitumor and antioxidant potential. In animal studies, mint has been shown to have a relaxing effect on tissue. Mint has also been shown to have anesthetic and analgesic effects in the central nervous system, which can affect sleep onset.

Taken together, these dried mint, lavender and chamomile can have a potent effect. I find that they’re more effective when taken together as a bedtime versus taken alone as single ingredient teas.

You have the option of adding some sweetener to this tea. Personally, I like this chamomile lavender tea with about a teaspoon of raw honey. I like using raw honey because it offers up a wide range of health properties on its own, so it makes a great addition to any recipe.

If you’re interested in other mint tea recipes, check these out: 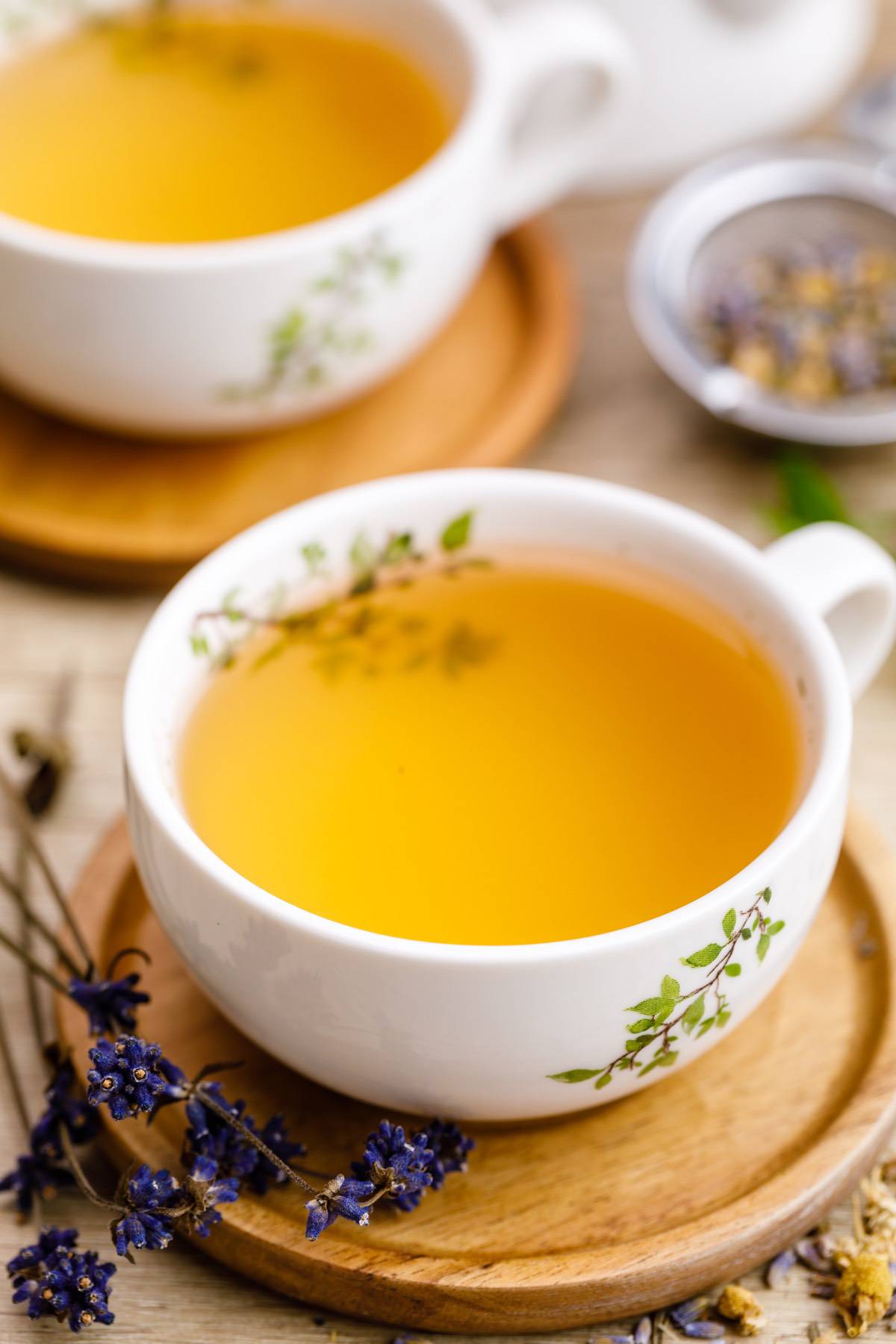 How Long Should I Steep My Tea?

Do set a timer when preparing your tea so it doesn’t steep longer than 10 minutes. You don’t want to let it steep for too long because it could turn bitter.

What is the Ideal Temperature of Water for My Tea?

For herbal teas, it is recommended that the water be around 200 to 210 degrees. This is higher than tea leaves such as white tea or green tea. Brewing your tea at the right temperature ensures that you’re extracting the nutrients and flavors out of your ingredients. 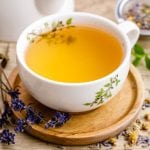 How to Make the Best Bedtime Chamomile Lavender Tea (This works!)