Needless to say, our family loves to fire up the grill so we have plenty of tried-and-tested recipes to choose from. These rum-roasted baked pineapple spears are a favorite because they take so little time to make and are a fantastic treat to enjoy over a nightcap.

You’ll start by preparing the tasty brown sugar and spiced rum glaze to add to your pineapple spears: 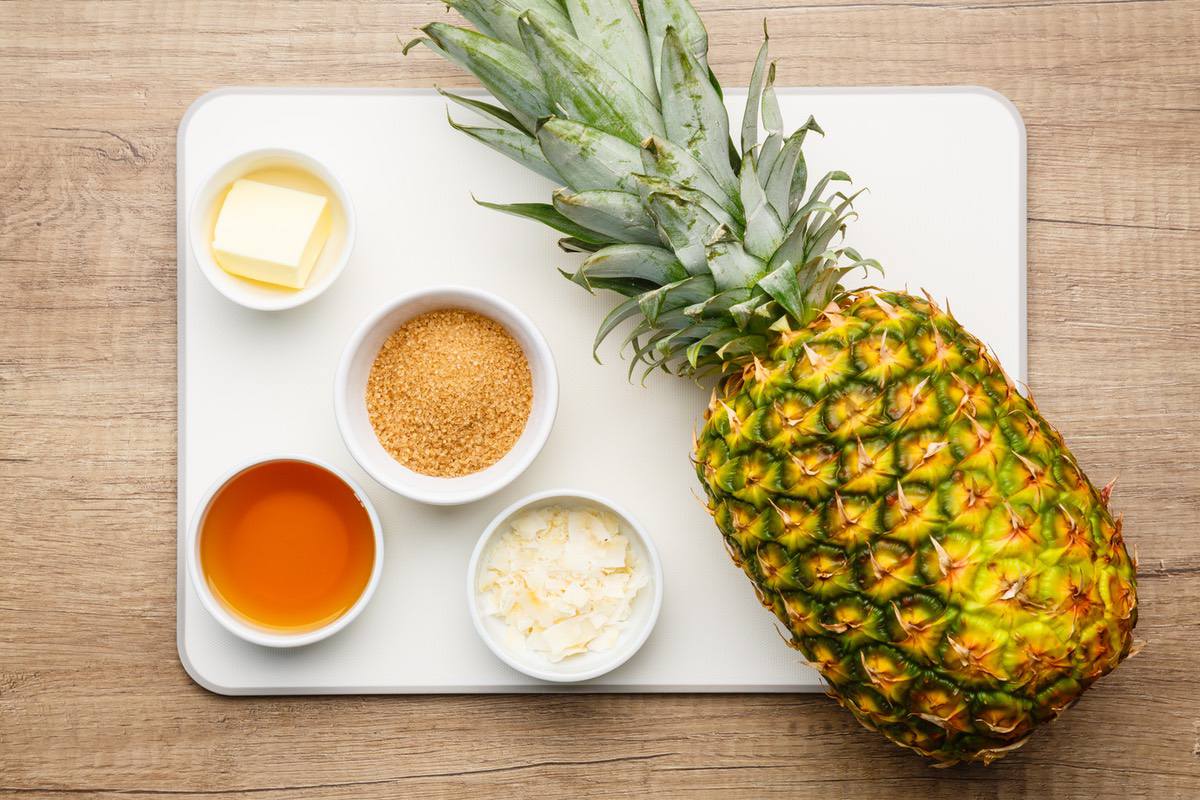 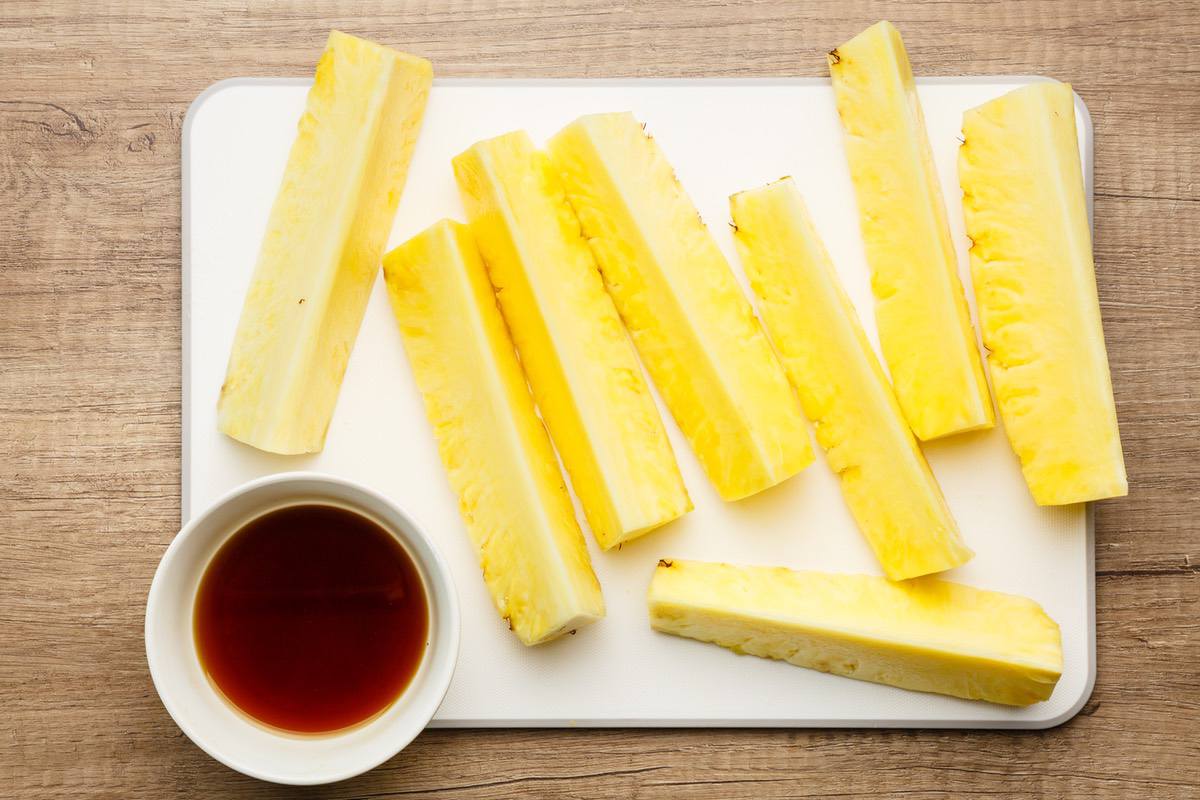 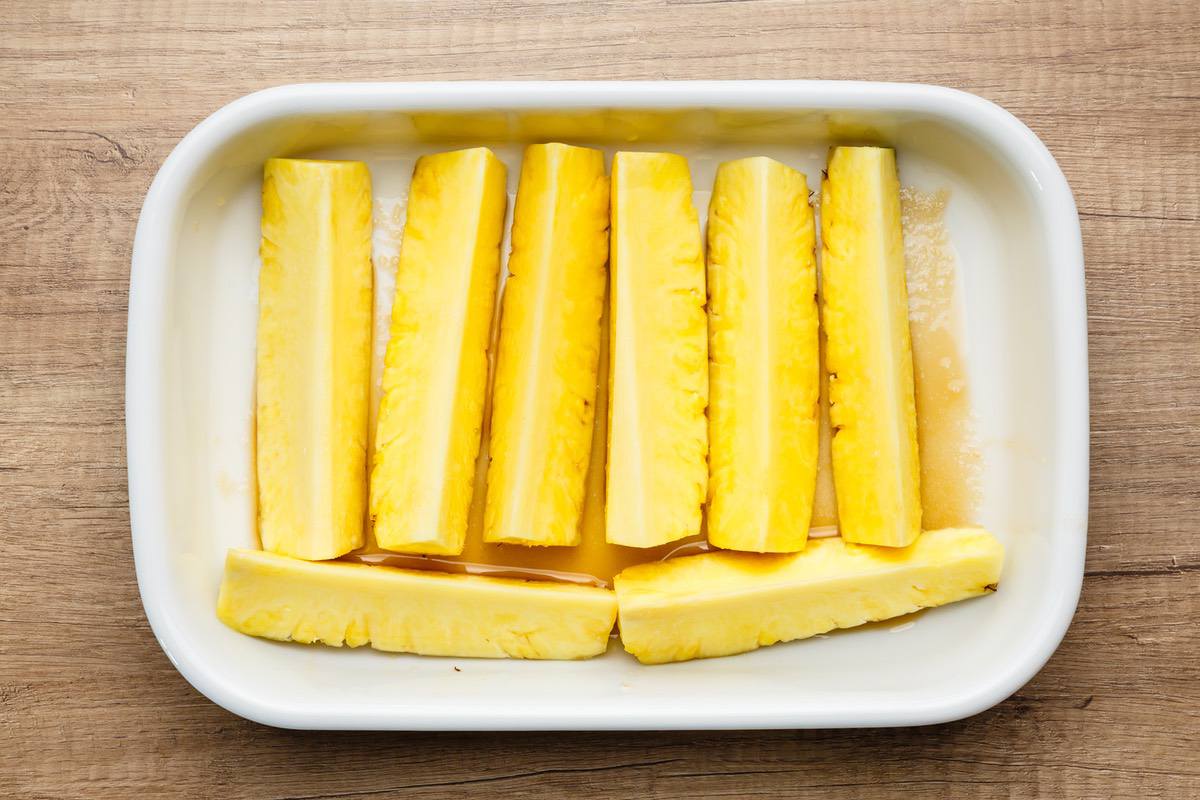 How to Peel and Core a Fresh Pineapple

Here’s how to quickly and easily peel and core your pineapple so that you can make this recipe: 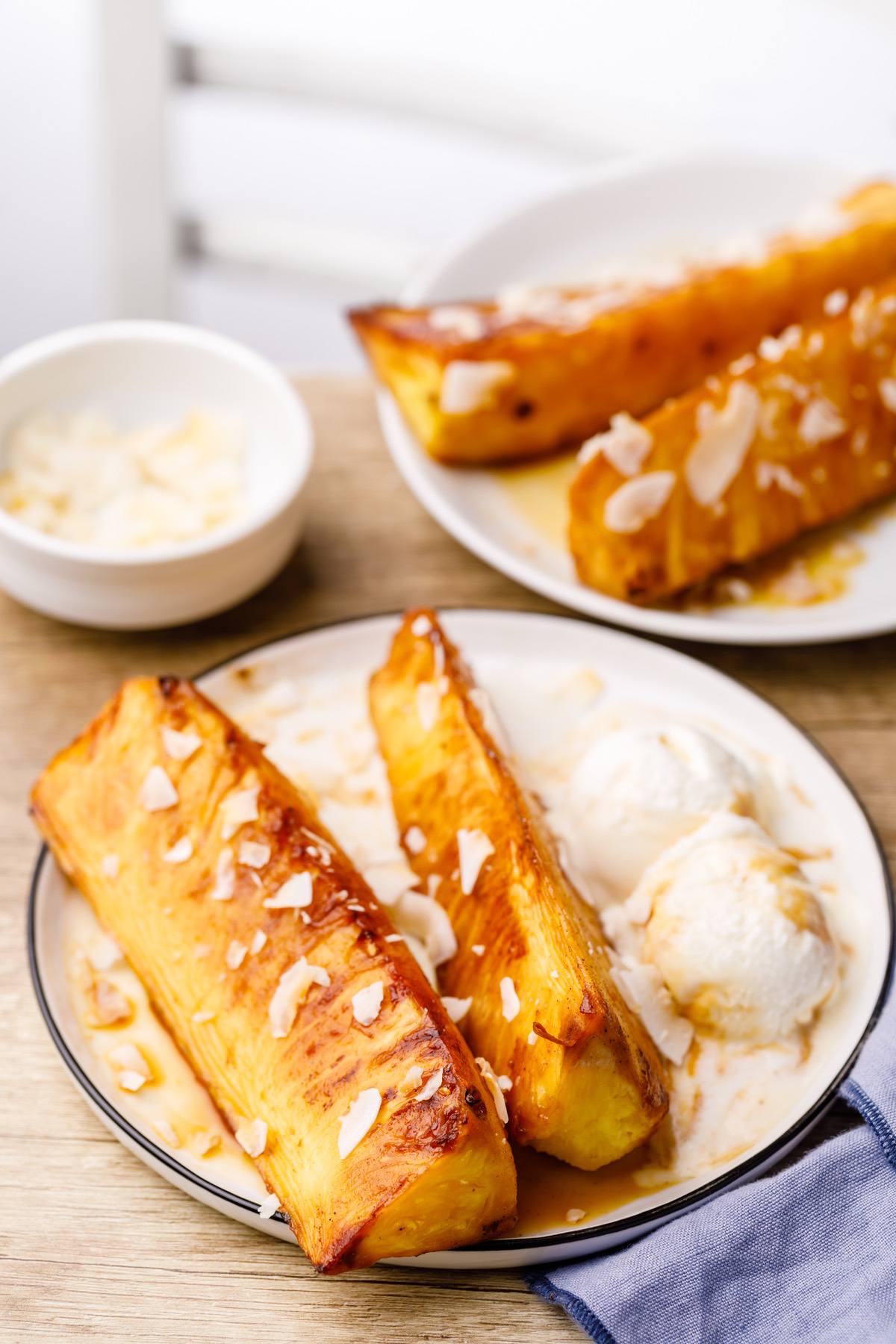 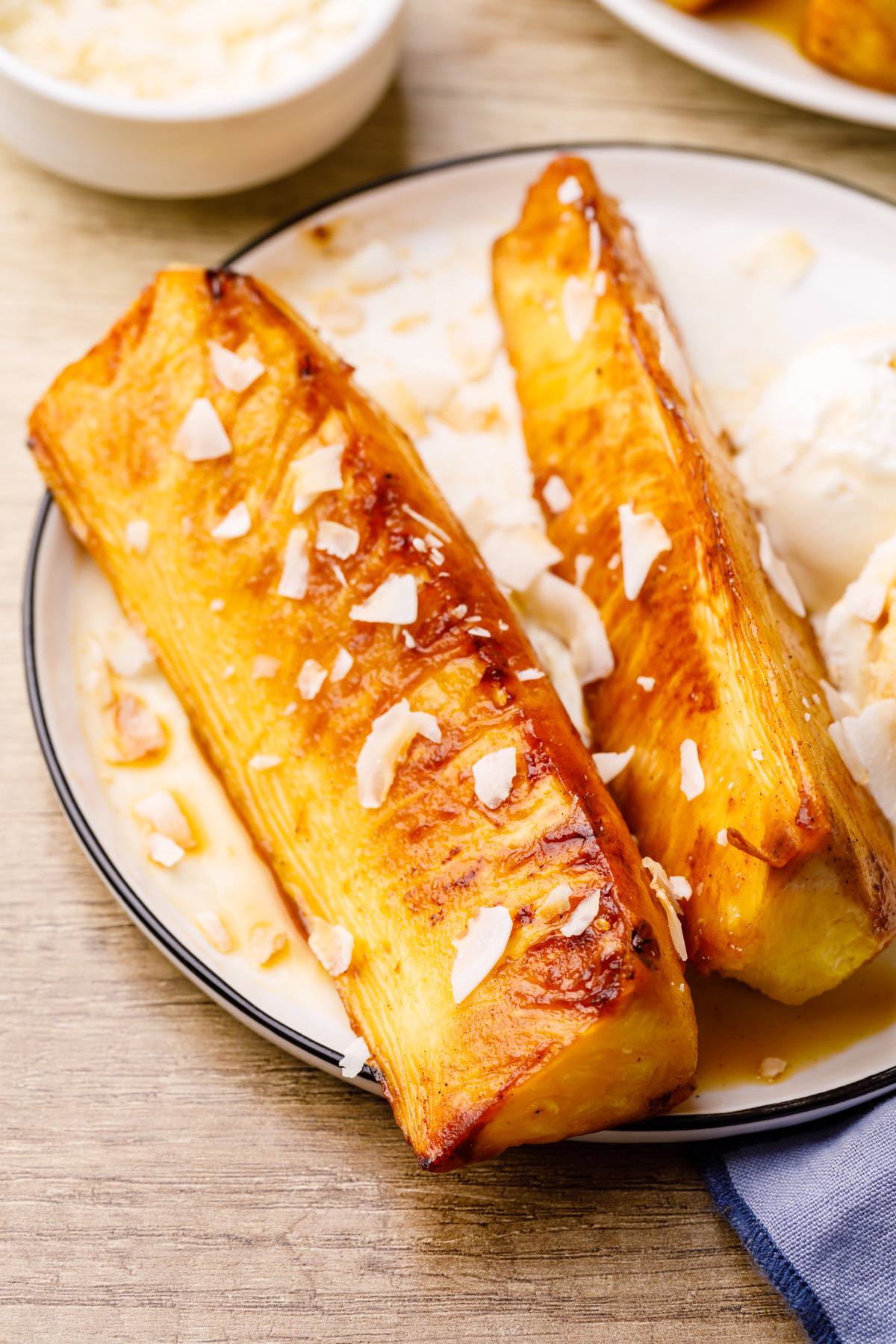 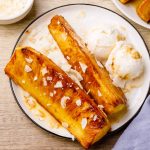